U2: No Line On The Horizon Initial Listening Review. 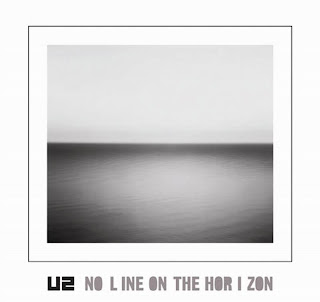 U2 is my favorite band and today I bought their new album No Line On The Horizon. I heard a few of the songs performed on Letterman last week and liked what I heard and my little brother Todd blogged about the album so my pump was primed to buy it when I went into Brainerd today.

Here are my thoughts on the songs on a first or second listen if I heard the song on Letterman.

No Line on the Horizon- Cool song, I like the music and the Oh oh oh oh's are great.

Magnificent- 1st heard on Letterman and I liked it live. I think the lyrics are pretty clear that this is a "Praise" song or "Psalm." Not only do I really like the lyrics but the song has a good flow. "Justified till we die, you and I will magnify"

Moment of Surrender- A slower song and kind of familiar, not the strongest song but I like the parts where Bono and the Edge Sing together.

Unknown Caller- Another slow song once again I really enjoy the parts where Edge gets in on the singing.

I'll Go Crazy If I Don't Go Crazy Tonight- Heard it first on Letterman. This song sounds a lot like a song from How To Dismantle An Atomic Bomb maybe City of Blinding Lights. It is a solid U2 offering but not original.

Get On Your Boots- Being the 1st Single I heard this one online and then on Letterman. Get On Your Boots is the biggest rocker on the album and I like it, but I don't think it is as good as Vertigo which I think is the Bomb.

Stand Up Comedy- Up tempo but not a rocker, I like some of the Edge guitar riffs. Not the strongest song but not bad.

Fez- Being Born- This actually two songs. The Fez part reminds me of stuff that Edge did for the Captive movie soundtrack in that it sounds really experimental. Fez doesn't last very long. Being Born is slow, one of the two weakest songs.

White as Snow- Didn't make a big impression on me the first listen through. It is a slower song, a spiritual, and the most stripped down song on the album.

Breathe- Heard it on Letterman and really liked it live. It's a very good song, but I think with a little more work it could have been better as it has several parts that are catchy but there are parts where that gets lost.

Cedars of Lebanon- I need a second listen to make heads or tails of this song. This is one like Being Born is on the weak side.

I think the best songs are No Line, Magnificent, Boots, and Breathe. Nothing here has blown me away but I think it is an album I will enjoy as I listen more.
Posted by Basspastor at 12:16 AM

Email ThisBlogThis!Share to TwitterShare to FacebookShare to Pinterest
Labels: Music, U2