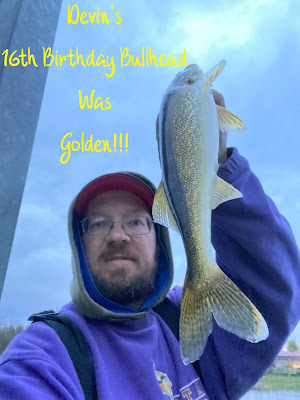 2022 MN Fishing Opener With Todd In the Evening 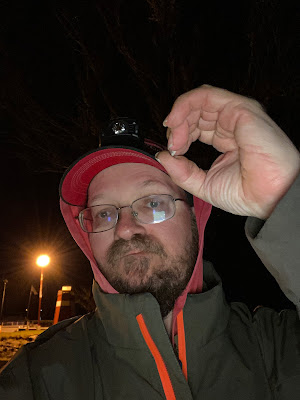 Skunked (Some natives were fishing at the North Jetty when I arrived at 11:30PM and not getting anything. One small eye was swimming around and a boat was out bobber fishing and I think getting fish. I quickly bailed on the North Jetty for the South as some guys with a boat set up on Center Jetty. A little bit of activity on South, but nothing close in so I could track with the fish. I texted Brett and he told me they hammered 'em at the GOMH. I bailed at 2:15 am. I stopped at Kathio Bridge and listened to loons calling.)
GOMH:

Skunked (Nobody was there when I arrived just after 4AM. Put on the rubbers and headed down on the NE side. WHG showed up as I was getting settled. There was a lot of baitfish activity, but I couldn't buy a bite. Made the executive decision to head to the Trophy at 4:30 AM) 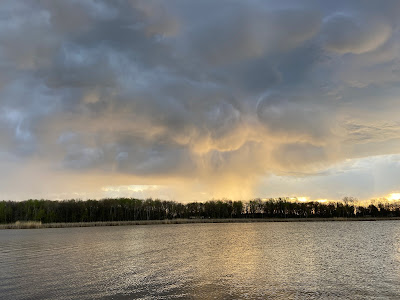 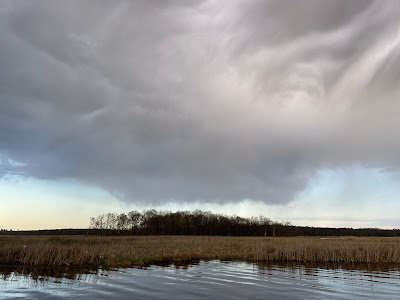 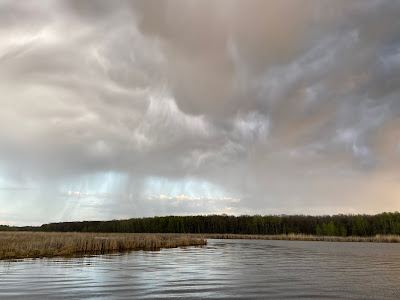 (Skies looked dark but I sent it anyway. Hit something as I was steaming toward the small Island. The motor sputtered but didn't lose much speed. Got to the River Mouth; first and only boat. Got a 10" on the Mini-Max. Started getting some fish on the SBKO. As the front approached I missed 7 or 8 bites. The front passed only raining for a couple of minutes. Got fish on jerks, chatters, craw tubes, paddletails. Seems like I would get a couple of fish then need to switch up. Wasn't real efficient with my business. The sun came out and wind came up out of the South. I made my way across the SPRO, but it was really blowing so I called it a morning.)

20Bass 3Pike
(Stopped at the GOMH on my way home. Nobody was there so I headed down with 3 rods. Craw tube got bit off before I could catch anything on it. Had multiple hits on the the craw, Grass Pig, and a couple of Chatters. Fish just not getting it good today. Had a lot of misses in the boat. Got my biggest of the morning in the Pirahana 2, but left the scale at the lake. Mother nature called so I bounced.)
3 Jump
(4 Rods with me, 5 casts per rod on the SW side with a few bonus casts resulted in 7 jumpers before I headed to the lake place as Todd was finishing up with the dock decking.)
7Jump 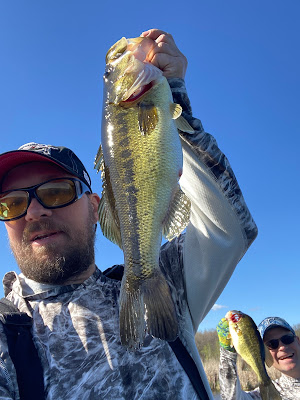 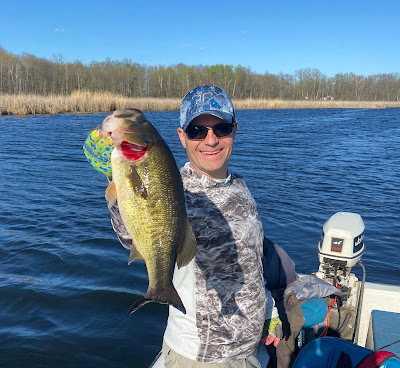 (Todd started off on fire at the River Mouth. I talked to Chuck Steinbauer who is coming down to fish P/S tomorrow. We worked our way East into Platte. Nothing was going on in CIB other than at the dock just beyond the Abrahamson's where Todd got a 3lber. So I jumped us back to the river mouth after nothing at the juice. We got a few more bass. Good trip. Todd was headed home before I was done loading the boat.)
Todd: 15Bass 1Pike, Me:12 Bass 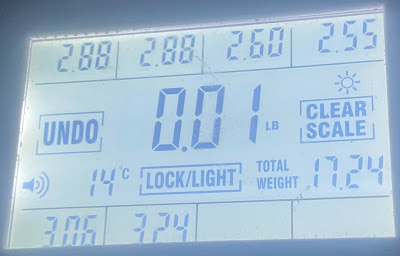 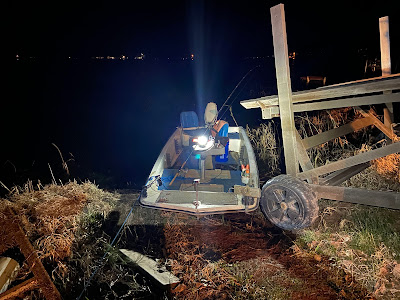 Trophy in at the Lake Place, going to have to do something about the pontoon lift with the high water.
Posted by Basspastor at 6:08 PM 0 comments

My memory is a little foggy on when this story happened. I think it was when I was in high school, but it may have been when I was in college. It may have happened the weekend between Fishing Opener and Bass Opener.

I was fishing in the channel between West Sylvia and Sylvia for pike with spinnerbaits.  I was catching pike and bass minding my own business when some guy came out on his dock and chewed me out for fishing for bass out of season. I told him I was fishing for pike, but he wasn't having any of it. I was like, what an A-hole. Later that night, I caught a pike that maybe went 7 or 8lbs and was the biggest of my life at that point on a different spot.  A few years later, I caught 10lb pike almost right where he chewed me out on Opener setting a new personal best, and I got a 12lber there sometime in the Fall during mid-1990s.
Posted by Basspastor at 4:31 AM 0 comments 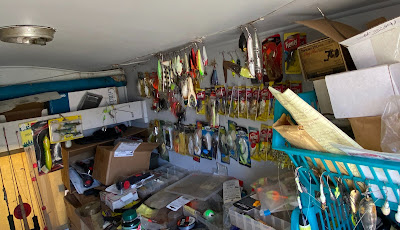 I could have done this sooner, and I have been in and out several times this Spring, but today is the day I am Officially Opening my Tackle Warehouse for 2022.
Posted by Basspastor at 1:09 PM 0 comments

If this forecast is accurate, we could be in for a banga this year. Water temps on P/S in the low 50's, probably mid forty's on the Pond. Yes, please! 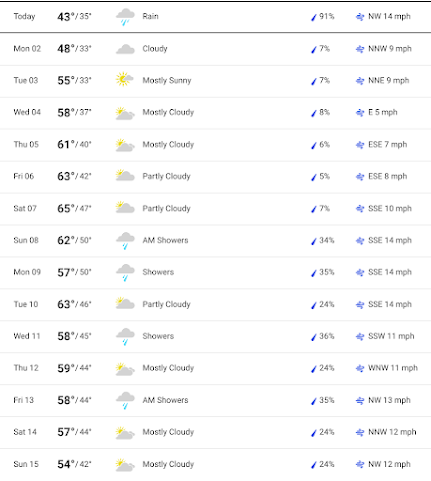 Posted by Basspastor at 3:23 AM 0 comments