1st Bass of the Year on Wed.

3:30-8:00pm
32 degrees, light wind, cloudy, a bit of fog when I left.  Luckily I had put a waypoint down on my holes last week because I went the wrong direction when I left.  I went back to the waypoint, got my bearings and got off the lake.

I got back to Rock Lake thanks to getting the Expedition back.  Need the 4 wheel drive to get up the hill at the access.  I went and drilled holes slightly farther to the North of where I had been fishing.  I also drilled holes up closer to the reeds by where I got the perch and sunfish the last time I was out on Rock.  Sure enough that paid off with me getting two bass. 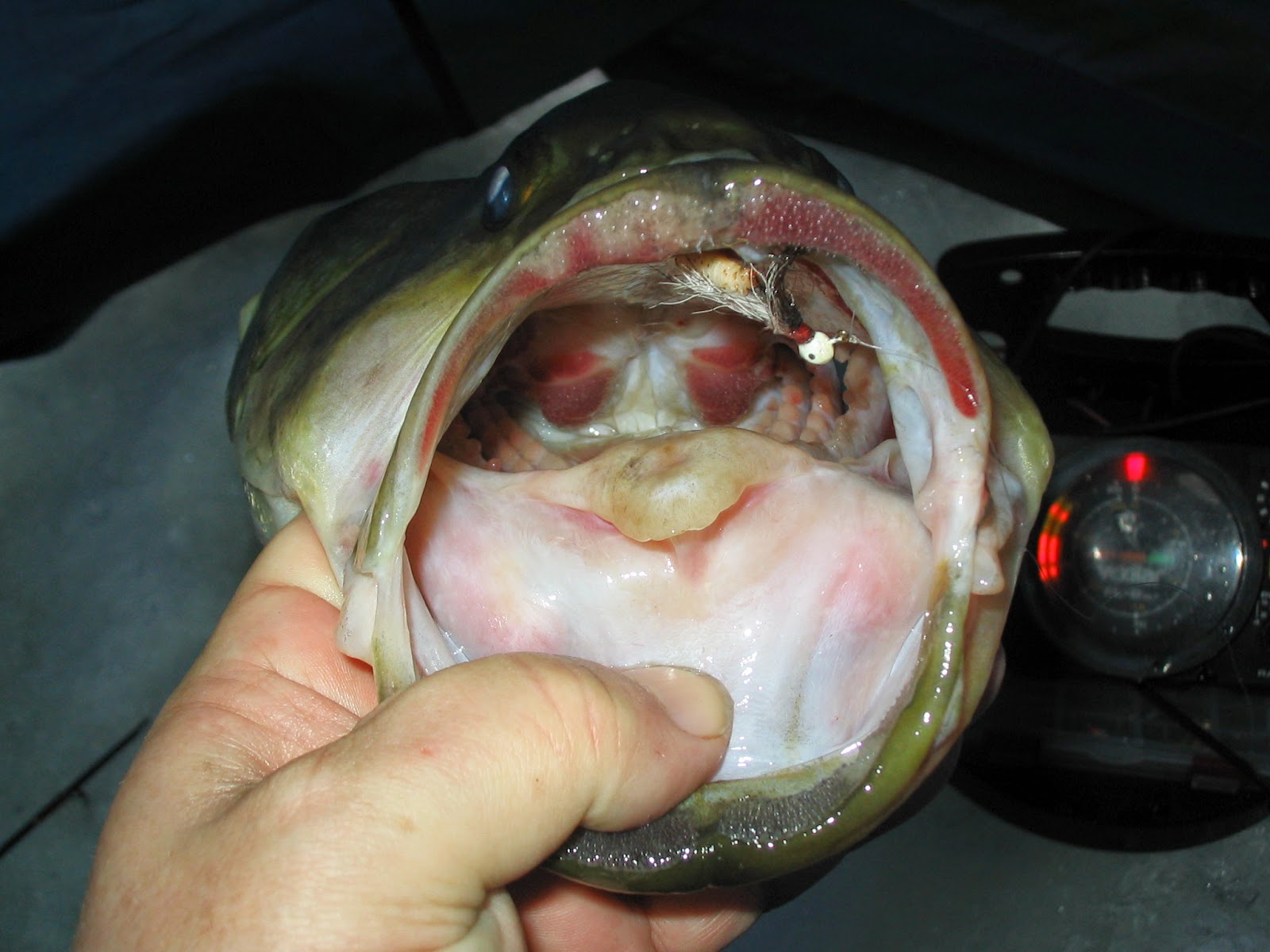 I also got a bunch of perch on THE Jig, Demon and minnow, and the Go-Devil
As it approached the prime time crappie bit I hole hopped out to a deeper spot and pulled up a 9.5"er immediately.  I went and got the trap.  The fish were aggressive coming up but then would stop and look at THE Jig and waxie.  This resulted in dozens of missed hooksets.  I'm not sure if these fish were small crappies or sunfish; most probably a combination.

What I Caught Largemouth & Smallmouth On In 2014 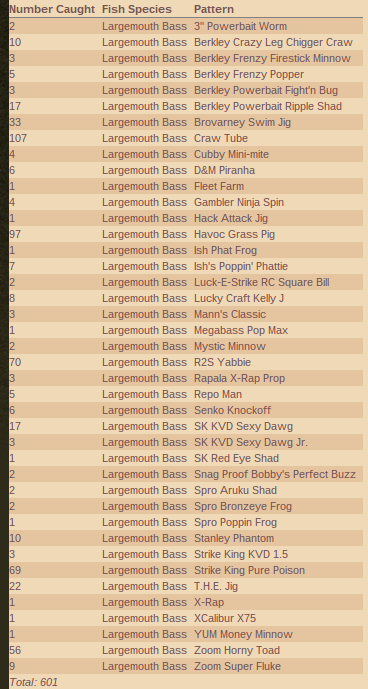 Posted by Basspastor at 9:52 PM 2 comments

Email ThisBlogThis!Share to TwitterShare to FacebookShare to Pinterest
Labels: What I Caught Fish On 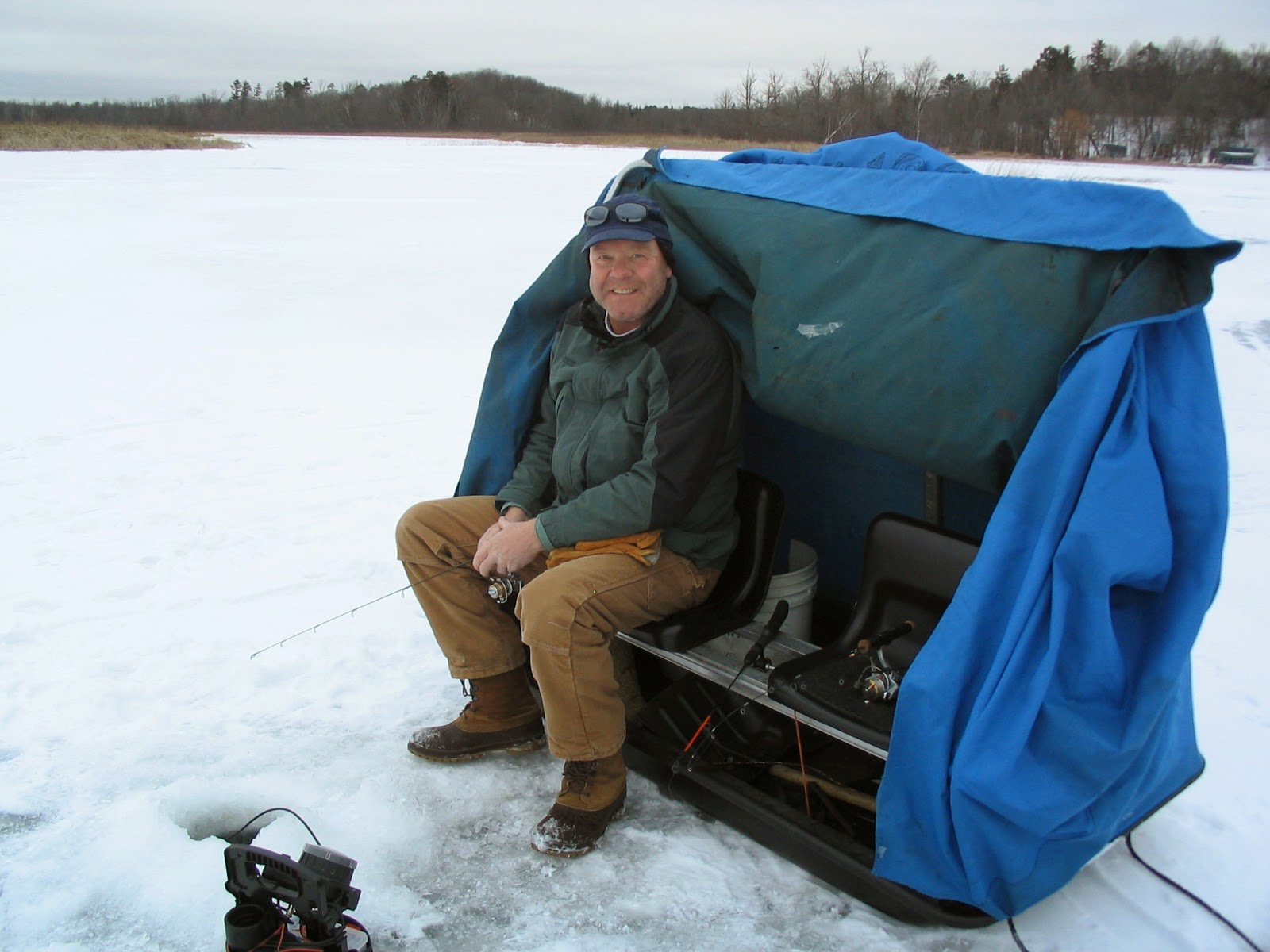 Today I took out Mike Carlson, a former small group leader from my high school days at Hope Presbyterian Church, fishing.  Mike had never ice fished using a flasher before.  Turns out he really didn't care for "video game" fishing.  It started out kind of slow with Mike getting a couple of small perch and a sunfish.
I didn't get a picture of the sunfish because I was out hole hopping at the time looking for sunfish.  He caught a perch and a sunfish blind.  After I found out he got a sunfish I went in the house with him.  I caught 1 perch. Sometime close to 5PM I got the first crappie.
Pretty quickly after that Mike was bringing up his first on his rod with a minnow on a plain hook.
We caught fish pretty steadily over the next hour or so until we packed up around 6:00PM.  We fished out of three holes. Two with bobbers and minnows for Mike and me with the Vex with a Demon and maggies.  We had one double. 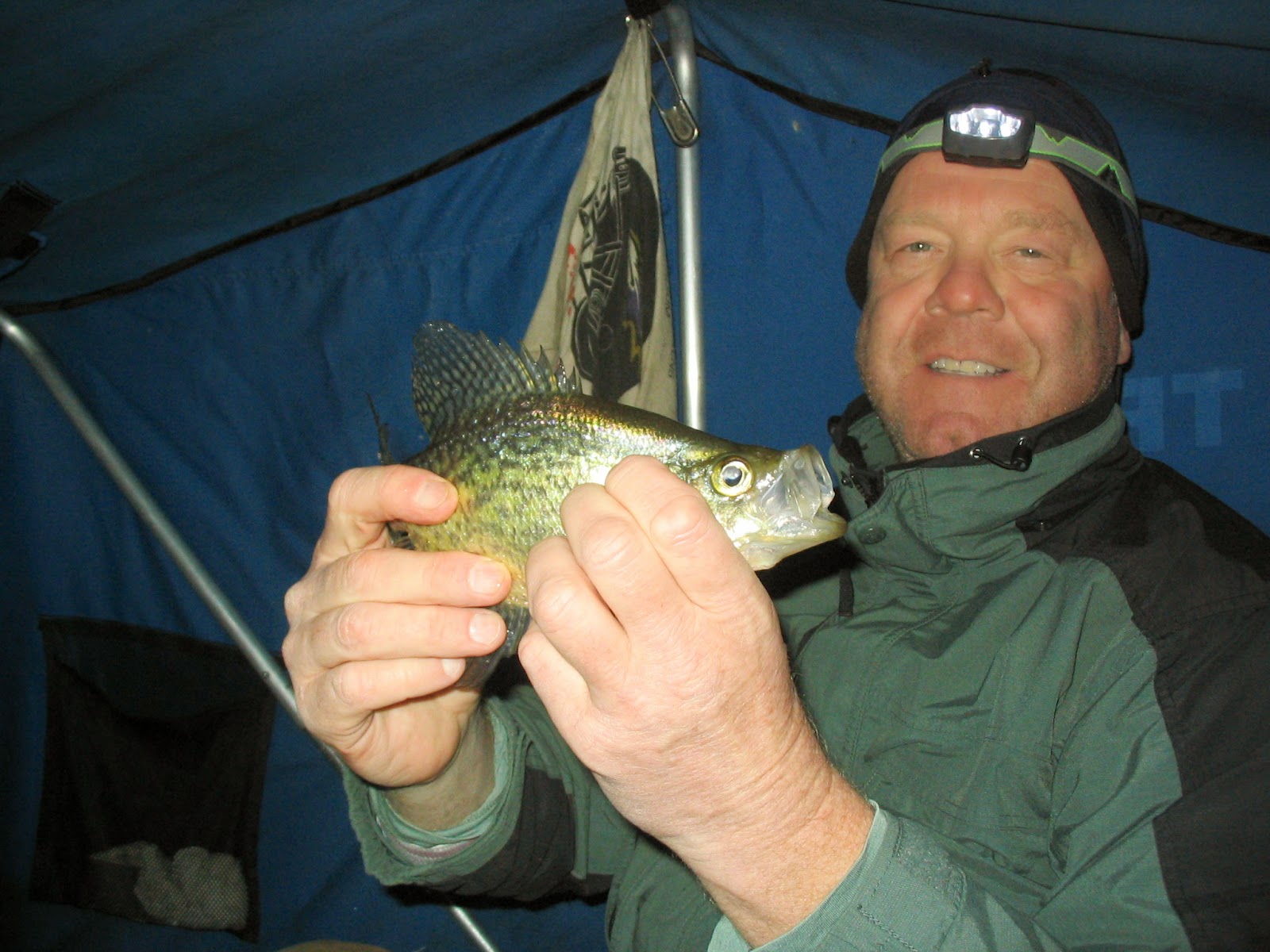 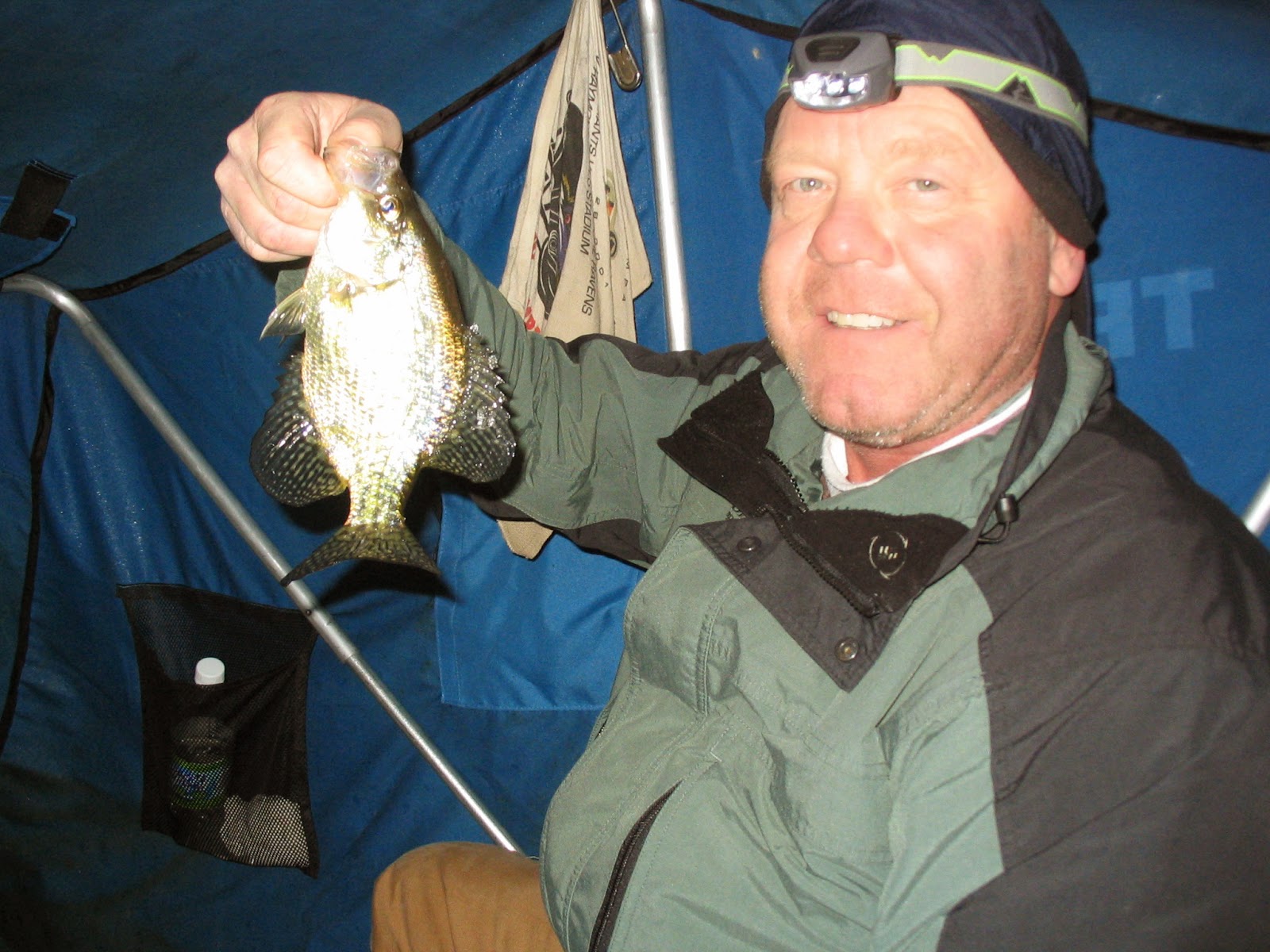 It's past 5AM.  I tried to go to sleep around midnight, but couldn't.  I went fishing yesterday morning at Rock Lake hoping I might catch a bass along with some sunfish.  I caught 17 sunfish, 1 pike, and 1 perch.  The big thing was that I actually got to use my underwater camera to see fish for the first time in 7 years or so.  I was kind of an idiot and forgot I put a notch in the fin so I can do an almost straight down view.  I was a wee bit lazy and didn't bring the camera to multiple holes but just kept it in the one once I got it set to view the line in a second hole.  Oh well.

I spent a good part of my awake time this morning reading old blogs from when I ice fished before.  I really need to hit up Sullivan and try for tullibee along with a couple other idea's.
Posted by Basspastor at 5:44 AM 0 comments

My First Fishing Derby Ever

I wrote this over at Bass Boat Central and thought it was worth sharing here:

My first ever tournament was a Boy Scout ice fishing derby on Beebe Lake around 1978 or so that was run by one of my Dad's best friends who was the Scout Master. I had not ice fished more than once or twice in my life prior; It may even have been the first time I was allowed to ice fish, but I don't think so. We didn't really have rods; we used a dowel with two pegs for wrapping the line on that had stiff fiberglass section with a rod tip. If you got a bite you just pulled the line in hand over hand the way people do with tip ups now. I don't think I had a bite that day. I remember being fascinated by a guy who had a small one man fish house and he was catching fish. All the fish houses I'd ever seen to that point were big one's for multiple people.
Posted by Basspastor at 10:19 AM 2 comments

The Lakes Tentatively Are...

I feel good about these lakes even though all the lakes but Bay haven't treated me so nicely in the past.

This could be my year of revenge
Posted by Basspastor at 2:03 AM 1 comments

The cold and wind have kept me off the ice this week.  We have our first Baxter Bass Snatcher meeting of the year tomorrow.  We will be putting together tentative lakes and dates for our 2015 tournaments.  I am hoping that Platte/Sullivan and Woman Lake are on the schedule this year.  I think there is a lot of regret over not going to Woman last year with the huge smallmouth bags it put out for other tournaments.  It's been 4 years since we were last at Platte/Sullivan so I'm thinking this year it's about due.  Speaking of being about due or should I say more like long over due are my re-cap's of the last four tournaments of last year.  I still plan on doing them.  I have almost started doing the Leech Lake Tournament a couple of times.  I can remember that suckfest the most vividly of all the tournaments I fished last year.  I am sure I will get around to doing the recap's sometime before ice goes off the lakes around here this Spring.
Posted by Basspastor at 8:45 AM 0 comments

How To Filet A Pike

Posted by Basspastor at 3:54 AM 0 comments

Email ThisBlogThis!Share to TwitterShare to FacebookShare to Pinterest
Labels: Pike

Got Served A Skunk For My Birthday At Peavy 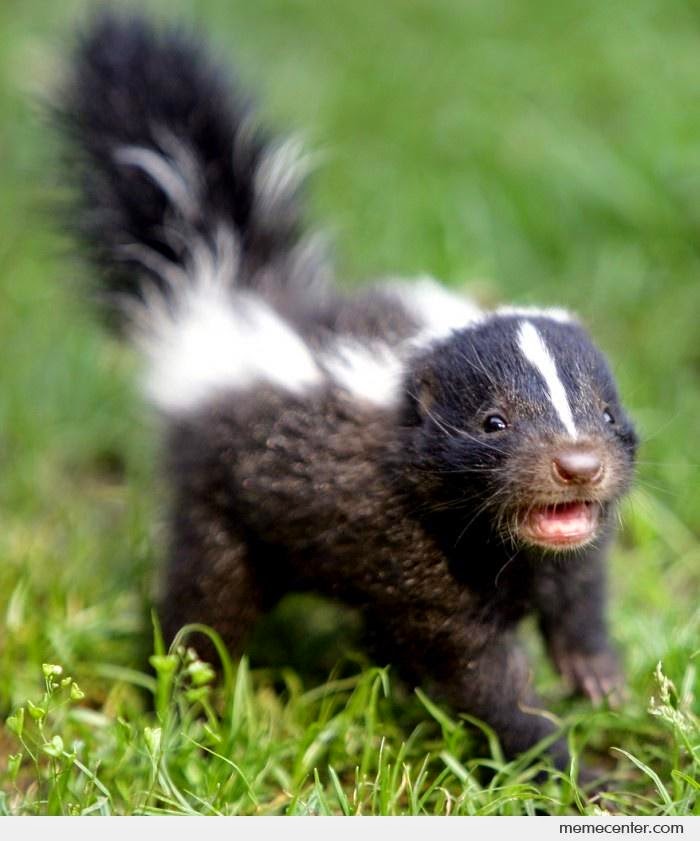 Today I tried fishing around the hump that is out from the access.  I found fish in some of the holes from 15' to 30' of water.  Don't know what they were because I didn't catch them and I didn't put the camera down (Doh!).  I had two bites that I felt.  One got off immediately and one that got off half way up.  The one that got off half way up felt like a good fish, could have been a bass.  Around 3:45PM I headed towards my hole.  But the wind and snow were to much so I turned back.  I drilled some new holes off the South side in the deep water.  I did mark something down about 35' deep in 60', but by the time I got there it was gone.  I also re-fished some holes, nothing.  I may or may not go back to Peavy.
Posted by Basspastor at 2:31 AM 0 comments

All Was Pretty Quiet On New Years Day

I used the window of warmer weather to go out fishing rather than go into the cities to celebrate my older brothers birthday.  Sorry Jeff, if it would have been colder I would have been there.  I went to the place I went the second time I was to this lake.  It was a lot slower between less fish marked and them being on the finicky side. The first fish of the New Year was the 11.5", followed immediately by it's partner that took a minnow.  I got 3 more out hole hoping with T.H.E. Jig.  Fortunately pulling the Trap wasn't nearly as difficult today.  It was much easier coming back when the wind was at my back.

5 Crappies.
Posted by Basspastor at 1:14 AM 0 comments