I haven't done a Thanksgiving blog since 2012.  I have a lot to be thankful for in the fishing department of my life over the past year.  I got on the water fishing 240 days in that time.  I caught my personal best crappie this spring at the Grumpy Old Man Hole, finally breaking the 14 inch barrier.
This summer I got to fish with all 4 of my nieces, for the first time with 3 of them.
I also got to spend a little bit of time in the boat with both of my younger brothers.

My Mom and Dad's 50th Anniversary was good for me sticking the Trophy in the water and keeping it there.  That led to me fishing more often and with greater catch rates.

And now that I have the fuel line situation squared away the Trophy should be good to go next year👍👍.

And then there were all the beautiful fish and big fish I caught this year.  Most of which can be viewed in the 2016 Livewell.
Then there were all of the fishing goals I accomplished this year. I plan to have a blog about these done sometime in late December or early January.

Another Bass Blogging Great Is Done 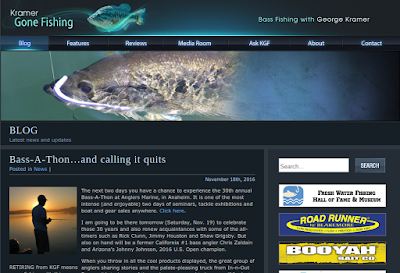 Kramer Gone Fishing has called it a day.
Posted by Basspastor at 11:24 PM 0 comments

I Guess I'm A Terrible Friend Then... 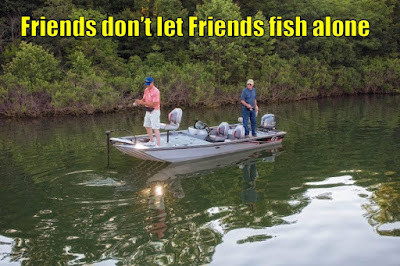 Confession Time:
I fish alone most of the time and I kind of like it that way.  When I fish I am in my own little world and having others along can ruin the tranquility for me;  Especially if the person is prone to getting angry.  This is something I should probably work on.  I only invited one friend to go fishing with me in the Trophy this year.  I'm ashamed to say I didn't even offer to take Dad out once.  I think I've had him out in the Trophy fishing only one time ever.

Resolved: When I make my fishing goals for 2017 I am going to add a Fishing Buddies category.
Posted by Basspastor at 4:20 PM 2 comments 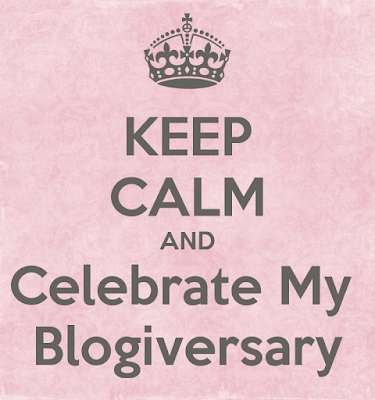 My original vision for this blog was to be an Instapundit of the bass fishing world.  For various reasons I was never able to pull that off.  Since my stroke in December of 2011, this blog has become a shell of it's former self.  This year most of my blogging was done at Bass Pundit's Fishing Log Blog.  With all the snow we just got it looks like it's going to be quite a while before I go out fishing again.  I don't know if I am going to be able to get out ice fishing this year or not because dad backed the Expedition into a tree and messed up the back lift gate pretty good.  Oh well, such is life.

Thank You to everyone who drops by to read my stuff!

Posted by Basspastor at 1:03 AM 0 comments

Trophy IS Out Of The Water

Due to the weather not being in my favor today I elected not to fish and take the boat out early.  Dad had a 1:30PM appointment in Princeton for something.  The garage wasn't quite ready for the boat yet, so I covered her and we were off.  I really hope we don't get walloped by this storm. 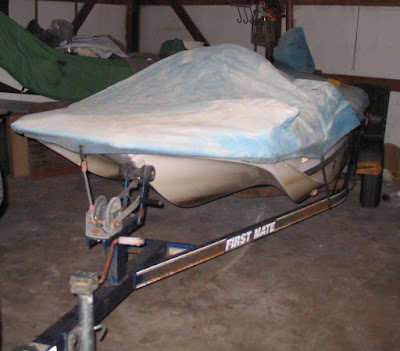 Dad got back in time for us to finish the job.  It went in easy peasy like me to a banana cream pie.

We also got the Slop Slip put away.
Posted by Basspastor at 3:26 PM 0 comments

3:00-5:00PM Loon Sex Bay and the Juice Flat
Conditions: 55-50℉, Partly Cloudy, Windy out of the SE,
Water Temp: 44℉
I headed to Loon Sex bay first.  I had a hit by a pike on the bluegill Poison that I put a Zoom Swim Fluke on that I just won on Ebay in front of the boat house.  I went across to Loon Sex Point and got the 25" pike there on the Piranha.  I then got a 23.5" pike on the Piranha.  I missed something that hit the Hack at Jig as I was pitching into the reed edge.
At 4PM I headed to the juice, starting on the eastern side where the wind wasn't as bad .  I had a small pike hit the Flat Shallow that jumped off as I went to take a picture of it.  I got two pike on the Pure Poison with Swim Fluke.  I missed the last hit of the night on the Piranha. I packed up shortly after 5PM when I discovered the Craw Fatty no longer had any claws.
I tried to take a picture with me standing on the front of the Trophy, but the camera was out of juice when I was in front of the flag pole as I got ready to leave.

She comes out of the lake and goes into storage later this morning.

Posted by Basspastor at 3:51 AM 0 comments

With the head start Rock Lake had and my catch rates per trip through mid September I thought there was going to be no catching Rock Lake this year.  Guess I was wrong.

Obviously, if I always considered Platte/Sullivan together they would be the top lake in a land slide.
Posted by Basspastor at 4:58 AM 0 comments

Caught Me a Toad On Wednesday Night

I was just about to go in because my upper back was giving me grief and I hadn't caught anything in at least 45 minutes.  It was the only bass I caught that night.  I might have had another bass on about 5 minutes later, but whatever was on got off before I got a chance to see it.  I think this was the third heaviest bass I've caught this year.  It was well into 4 lbs.

I caught a couple of nice one's on Thursday night as well.

Will that be my last topwater fish of the year?
Posted by Basspastor at 1:47 AM 0 comments

I started out fishing in the juice reeds.  Didn't get anything there, but as soon as I went onto the flat I started getting pike the biggest of which was.  I caught 4 and had a few hits I didn't get to see.  I then moved closer to shore in the calm water and fished with the Bubble Walker.  I had a fish up by shore miss.  I cast back and had another bite and I got it.
I think it might have been a different smaller fish.  I then got a 15" bass in the thick shallow cabbage on the Bubble Walker.  Fish then started busting here and there.  I got the 17.75" casting out.  It was hooked in the gill, but I got it unhooked and back in the water quickly.  I think it will survive.

I moved around on the juice chasing busting fish, but then they started busting all around me, but I couldn't get a hit.  And the one's that did didn't get the lure.  My last fish of the night was a crappie of all things.
It was yet another beautiful November night on the lake. 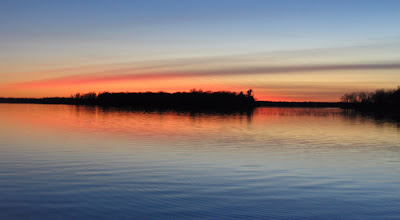 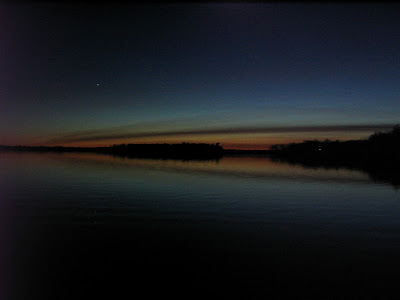 Posted by Basspastor at 9:09 PM 0 comments

Another Perfect November Night in the Trophy. 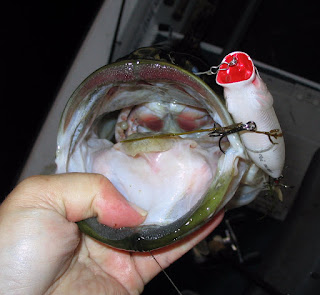 I started at West Point and didn't get a thing.  I then headed to the North side of Don's Bay hoping to expand the juice throwing an Spro Aruku Shad.  Had one fish follow, but couldn't see what it was.  As I approached the SW corner of the juice I switched to a Bass Pro Shops Flat Shallow Crankbait.  I was almost immediately rewarded with a 17 incher.

I had the good sense to throw out a marker buoy.  That was a good move because it took me a little while to get the fish unhooked with the way the lure was wedged in it's mouth and I got blown of the spot.  After releasing the fish I got repositioned thanks to the marker buoy and immediately caught another 17 incher.

Unfortunately there wasn't a school holding in that spot, just those two fish.  I even got the GPS out and marked a way point after thoroughly working the area.  I then drifted across the flat.  I started throwing the Bubble Walker as a few baitfish were getting hit.  I caught a dink up by shore.
The shoreline continues down on my left.  With a long cast I could have hit it at this point. The fish came out of about a foot of water.   I had a small pike jump over the Walker.

Some fish got hit out but very close to me so I quickly motored out.  I threw out a cast, reached down to stop the trolling motor and a fish lit the Bubble Walker up.  When I caught up to the fish it was still there , but the sucker was swimming straight at me.  I didn't get much of a hookset and it came off about three quarters of the way in.  It felt like a good fish.  A couple casts later I had a big one jump after the Walker right after it landed.  I set the hook, but it missed the lure.  I cast back a few times, but couldn't get it to strike again.
A baitfish got hit off to my left within casting distance.  I put a cast on the spot, nothing.  I put a second cast on the spot and worked the bait extremely slow letting it sit for more than 30 seconds before popping it again multiple times.  Letting it sit eventually triggered the fish and I landed it, another 17 incher.
About 10 minutes later I got the 18.75" once again working the lure super slow over a spot where a fish had shown itself to be.  That was my last bite of the night despite the fact that fish boiled within casting range a few times.  The fish stayed active until it was getting to dark for me to see my lure on a long cast.
You can read about my other trips this month at the Log Blog.