The Day:
I missed the only bite right at the boat on Mark's starting spot on a Piranha with a Chigger Craw trailer.  I don't think Mark got anything.  Next we went somewhere on lower Whitefish where a point comes out.  I got a 14.66" bass there on the Piranha and had multiple claws get bit off as well.  Next we went to a close by protected shoreline.  I got 3 pike pretty quickly on a white Booyah Spinnerbait, but the 3rd fish stole the lure. I think Mark got a rock bass off of a dock.

We next went to Big Trout to fish docks.  Mark finally got his first keeper.  I managed to get two keepers on a Yum Dinger.  My lunker (2/1) came off of a pontoon boat lift with a pontoon on it.  That was my last keeper of the day.  I also missed a fish that felt good when it hung me up on a wave runner lift on a craw tube.  I also got a pike on a weedline on the Craw Tube.  Shortly after I got the pike Mark had a nice bass get off as it dove into the weeds.

We went back to Mark's starting spot and got nothing again.  We spent the rest of the day in Lower Hay.   Mark also caught a dink off of dock then had another good fish get off in the weeds on the same dock.  Then the docks went dead.  I caught a 10" dink out over the weeds and Mark caught his 5th and last keeper with about 10 minutes left over shallow weeds.

I ended up finishing in 12th Place for the year, behind two guys that didn't fish in two tournaments. smh

Thoughts:
Not catching fish sucks. For some reason the fish were tucked up well under the docks and the wind made making good presentations difficult even with Mark putting down the Power-Pole.  The day seemed to fly by as well.  Only caught two limits out of the six tournaments and weighed 26 fish out of a possible 36.  By far the worst fishing I've done as a Snatcher.  I didn't reach a single one of my goals for 2016 as a Snatcher.  But I did have a good time despite the poor fishing I encountered.

Congratulations to Chuck Steinbauer on his 12th Baxter Bass Snatchers Mr. Bass title.
Posted by Basspastor at 4:35 AM 0 comments

Winner, Winner, No. 8 Hat for Dinner

Posted by Basspastor at 9:26 PM 0 comments

Last Snatcher Tournament of the Year Tomorrow at Whitefish Chain

Tomorrow brings to a close my 9th year fishing in the Baxter Bass Snatcher Fishing Club.  We have 19 guys fishing at the Whitefish Chain.  It will be interesting to see if the fish are on the chew tomorrow of not.  The wind will be blowing out of the East for the third straight day and it will be cloudy and a little warmer than it has been the past couple of days.

I am fishing with Mark Munson who is courageously fighting a battle against cancer.  He has fished many tournaments on the Whitefish Chain over the years.  He caught some quality bass while pre-fishing.

My goal is to get a limit and place in the Top 10 for the day.
Posted by Basspastor at 8:20 PM 0 comments

I didn't get bit. 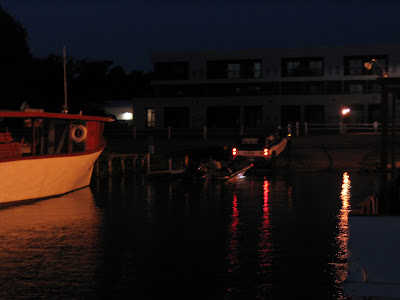 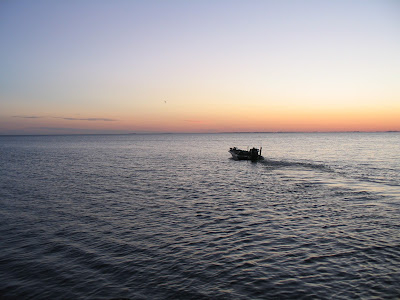 I welcomed Chris to MN when he came by on the trolling motor. 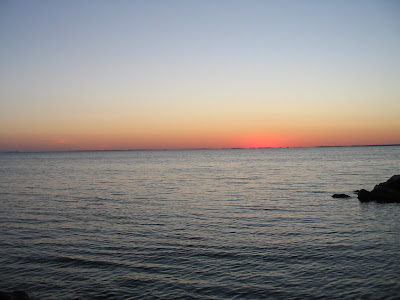 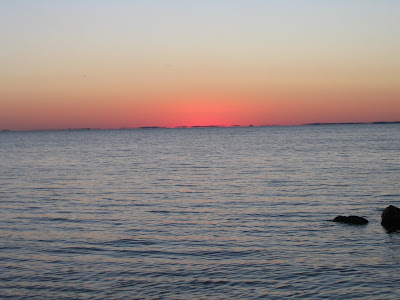 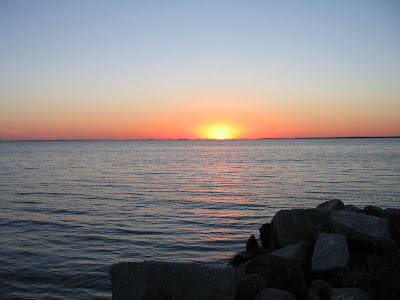 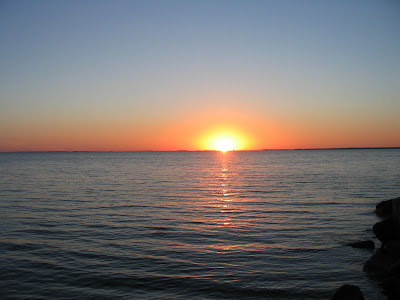 After the sunrise the first one to come through was Dean Rojas. 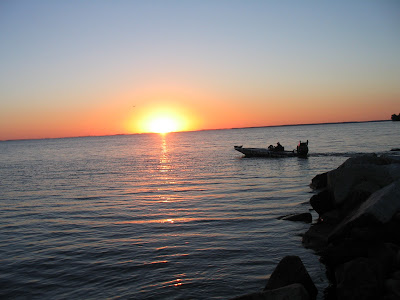 Elite Angler of the Year Is Almost Here 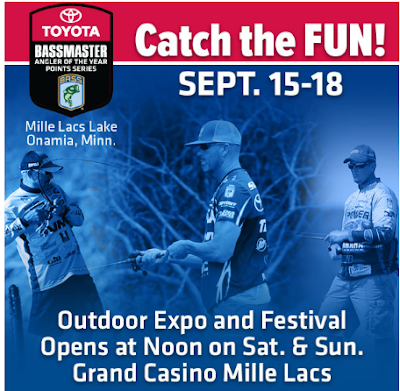 Here is the Bassmaster University Schedule on Saturday. 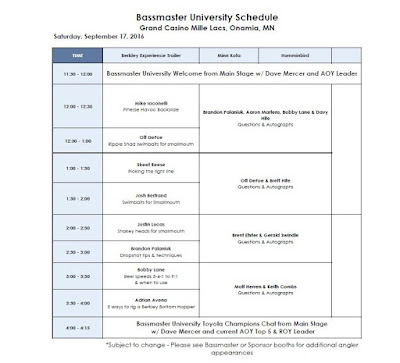 I plan on being at the blast off on Thurs. and at the weigh in that day as well. I don't know if I will go to more than that or not.  You would think that I would be more excited about this event, but I'm not really into schmoozing with people.  And I've pretty much stopped blogging about professional bass fishing and fishermen.  Who knows maybe I'll change my mind and go and blog the whole thing.
Posted by Basspastor at 10:50 PM 0 comments

I Didn't Take August Off This Year

I blogged about 25 fishing trips I took in August over at the Fishing Log Blog.  That is by far a record for fishing trip blogs in August.  Why did I get out so much this year in August?

1. The fishing was good for the most part; I only got skunked on 2 trips out of the 27 I took.
2. I have the Trophy in the water at the lake place;   It's a superior platform for me to fish out of and not having to deal with the hassle of launching from the trailer is huge for me as most of my trips were two hours or less.  It's no more difficult than fishing at the GOMH.
3. They were biting on frogs, my favorite way to catch 'em.
Posted by Basspastor at 3:42 AM 2 comments