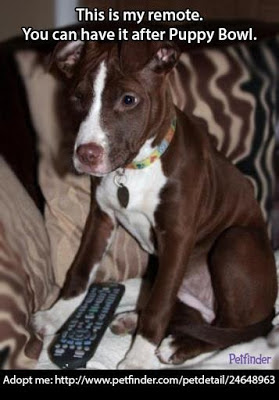 Here is the starting line up.

Who knows we may have a new puppy for Puppy Bowl at our house.  We will see on Friday.
Posted by Basspastor at 10:50 PM 0 comments

Holes for Hero's at Medicine Lake 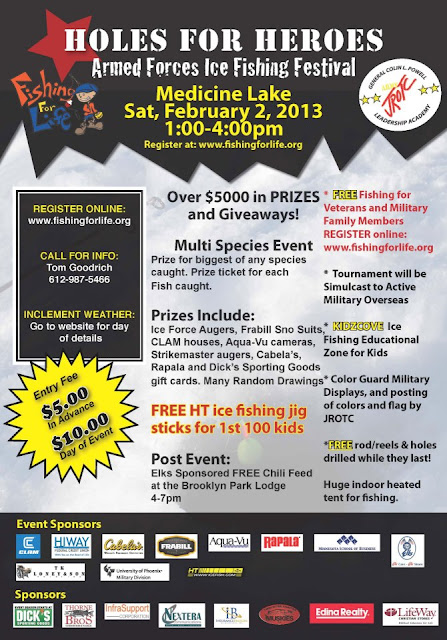 More info at Fishing For Life.
Posted by Basspastor at 12:09 AM 0 comments

Email ThisBlogThis!Share to TwitterShare to FacebookShare to Pinterest
Labels: Fishing for Life, Holes for Hero's

It's hard to believe it, but this will be my 6th year with the Baxter Bass Snatchers.  Hopefully my back doesn't give me any issues this year.  I don't really have any lakes in mind to fish.  I'm guessing Gull and Pelican will come up for sure as we haven't been to them since 2009.  I wouldn't mind seeing the Mission Lakes, South Long, Fish Hook, Ida, Serpent, Rabbit Lakes and of coarse maybe Platte/Sullivan be on the schedule.  I guess I'll see what everybody has in mind.

Update: Here are the tentative Lakes and Dates and my thoughts

June 1st Cedar Lake near Aitkin- Meh!  Me and this lake didn't get along so well at the 1st tournament in 2009.  It was really windy that day and pretty much all I could catch were dinks with 3 that made it over 12 inches.  Maybe those fish have grown up.

July 20th Osakis-  I like it.  The club has never fished there, but I have.  However that was in early June.

Aug 17th- Blind with details to be worked out.  I think the lake would be drawn from a pre-selected list 3  days before the tournament,so there would be no pre-fish.  I'm not real big on this concept.  I'll try to get Platte/Sullivan on the lakes that could be fished.

Sept. 21st Little Boy/Wabedo- Don't like the time of year for this one as that Smallies won't count as they are in Catch and Release season.

No I am not bored by the fact it has been a dock fest so far.  I found the 2nd episode particularly interesting and informative as to the different approaches that were taken.  I thought it was cool that Marten's got his key fish away from any docks and that was also a key factor for Ish in getting the win.

I think they need to get rid of Stone.  I couldn't believe what came out of his mouth near the start of the Episode 2 when he said Northern lakes don't fish well under the windy and rainy conditions they saw on Day      1.  What a load of crap.   Before that he guaranteed Smallies were gonna play on Day 2.  Wrong.  Then at the very end he contradicted what Kriet said about making the mistake of going back over docks he had already fished, when he still had fresh docks to hit.  Three strikes and your out Stone.

It's going to be interesting to see if Smallies ever play a role.

As far as the new fish care rules about not hitting the carpet and having to throw all fish back under the gunnel.  I like them and no Tac I don't care that the fish came off the hook on it's own.  Whoever it was that kicked the fish to get it in the center of the boat after it came off, I think it was Ish or maybe Skeet, should have gotten a five minute penalty.
Posted by Basspastor at 2:41 AM 1 comments

I haven't been licking any wounds the past few days.  I just haven't gotten around to commenting on the game.  Not having Ponder able to go was a bummer.  The game was a bummer.  However, the Vikings season was a huge success after the last couple of years.

Posted by Basspastor at 7:09 AM 0 comments

Remember This? (The Moss Moon)

No matter what happens today, I'm all good here in MN.  10-6, it was an incredible season; well beyond my expectations.  Of coarse taking the Packers out would make it sweeter.

I've Finished My Livewell for 2012 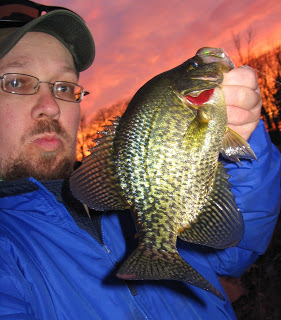 Check out my best fish of 2012 by clicking on the Livewell 2012 tab under my blog header or just click on that link.  It was a pretty good year considering I barely fished after hurting my back on June 28th:  I was OK for the Bass Snatchers Leech Lake Tournament on the 30th.  I was in worse shape for the tournament at Whitefish Chain on the 15th of July , although I didn't mention anything in the tournament recap.  My back and leg were really giving me issues by the 28th of July at the Pokegama Tournament.  And my back went out on me totally the Thursday after I went out on the Launch at Eddy's with Spike and Dad on Monday July  30th.  I only blogged twice in August and September with my last fishing of the year being at the Fishers of Men Fall Outing on Sept 27-29.
Posted by Basspastor at 5:09 AM 1 comments

For the 4th consecutive year Jason of Bass Utopia is the winner of the Bass Pundit Minnesocold Bass Bloggers Derby.  He won it with 29.49lbs to just beat out Micropterus which brought in a very impressive 29.10 bag.  In 3rd Place was Andy's Bass Blog for the 2nd year in a row with a bag that was just .12 of a pound lighter than 2011.

Great Job Everyone!!!
Posted by Basspastor at 3:50 AM 2 comments