Dock And Other Things Came In Today (5lber) 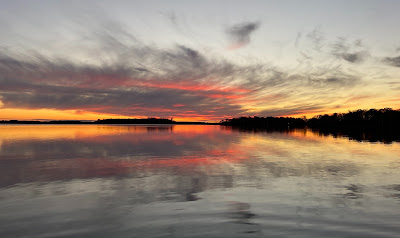 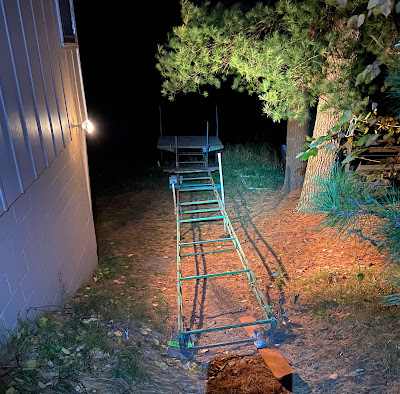 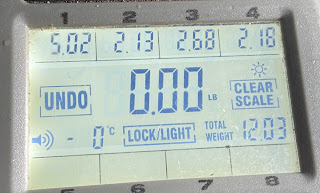 I think this was the eve of the Deer Opener.  Steve, Todd, and I pulled the dock out then Todd and I went fishing. I got the 5lber in LSB Northside where I has been getting fish. Todd got a couple of bass on the Jackhammer at SPSI and NPBI. We ended on F Flat chasing activity. I think we got a couple of pike. I fished at Eddy's from 10:00 to midnight. Got one bite at the South Jetty it choked the Rage Swimmer. Shined only 1 fish.
Posted by Basspastor at 5:16 AM 0 comments 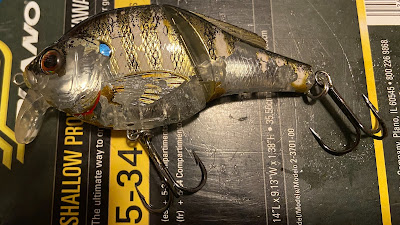 I won this LiveTarget Wakebait through Bassmaster Fantasy Fishing back in the Fall of 2016; it arrived in early October.  I caught 4 fish with it in 2016, 19 fish in 2017, and 1 fish last year. Basically, until about a week ago, it was in pristine condition. Then in the span of about 3 trips, it caught me 60 fish and now looks like this. I'll be buying a couple more soon. I don't know why I didn't throw it that often in the past. Quality fish love this thing.
Posted by Basspastor at 12:47 AM 0 comments 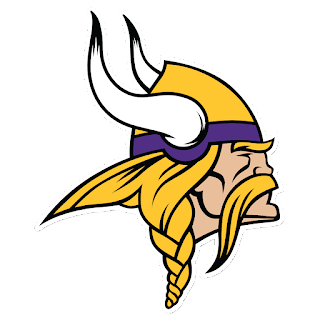 My last Vikings blog was after the Week 1 loss to the Bengals. The next two games left me feeling pretty optimistic as they scored at least 30pts in both games and D improving.  Then inexplicably, the wheels fell off the Offence vs. the Browns and continued to sputter vs. the Lions; They almost lost the game blowing a 10-point lead with 5-minutes left. Thankfully, the Lions left too much time on the clock, and Kirk got us in field goal range in three plays, and Joseph made the kick.  It is hard to feel good about the team after the last two Offensive performances. Still, a wins a win, no matter how ugly. There is a lot to feel good about on the defensive side of the ball. Vikes are going to be a tough out because of that fact. And I think our offense is close to working. Maybe things will click next week.

I just was looking at this year's stats. They are in the top half of the league or higher in most of them. If the Vikes can just perform a little bit better and cut down on the penalties on Offense, they should be alright.
Posted by Basspastor at 1:08 PM 0 comments

Conditions: 54-72℉, Partly Cloudy to Cloudy, 0-4mph S
The Day:
Darren was kind enough to give me control of the boat for the day. I elected to start in Sullivan at the Intersection. I had Darren set us down a little short of the juice. A decision I almost regretted as Snatcher Ludenia and Nate set down in the general area but fortunately didn't get a bite to slow them down. Darren had something big boil on his frog on about his fifth cast. Unfortunately, he wasn't able to get it to strike again. I got us up to the juice and had a fish suck under my frog in a spot where my vision was a bit obscured by reeds. I ended up getting a less than optimal hookset, and the fish quickly got off. A couple minutes later, I had a fish suck my frog under, but this time I was ready and got the day off to a good start with a fish close to 3lbs. I began to work to the East when a boat not in the tournament fished through where I was heading. They caught one small fish, and that was it. I ended up fishing the Intersection instead. It just wasn't happening, and the wind was staying still, so we fished the GOMH on the Sullivan side and then headed into Platte for the rest of the day.
We spent the next few hours on the North end of Platte in Inlet Bay. I started by fishing the rice line from East to West. I got a small keeper on a Terminator Frog. I think Darren got his first keeper shortly after that. It just wasn't happening on top, so I started throwing a Magnum Super Fluke. We were at the Cookie Jar, and I was just about to pull us off of the rice line when the 4lber bit the Fluke. That kept us on the rice line longer, but we didn't get any more bites. The wind came up a bit, so I pulled us out onto the flat. I got a small keeper and a bunch of pike on the Jackhammer and a craw tube as I worked our way back to where we started. It got calm again. I got my feet set and threw the Terminator Frog way back in the rice line, and 5lber slammed a couple seconds after it landed. I could have sworn I locked the weight at 4.93lbs, but apparently not. I wasn't surprised that my scale weighed it light. We worked the rice corner, then turned around, went deeper into the junk, and I worked our way South. Unfortunately, there was nothing in the slop in Center Inlet. As we made our way into South Inlet, I cast to the coontail mat, and a 3lber took the Terminator Frog about 10 feet out from the mat. A couple minutes later, Darren had a good fish boil on his frog, but unfortunately, his line snapped on the hookset. Darren did get a keeper there in South Inlet. We ended up working our way back to the north with Darren missing several opportunities and me getting pike on a buzzbait. The sun came out, and we got back on the rice line. I got a quality cull, and Darren got his last fish of the day.
As we were coming to the end of the rice, I noticed the front flasher was flickering on and off. Turns out his starting battery was out of juice. I headed us in the direction of the public access, and Smitty came by to see what was up. Smitty has a lithium jumper pack, which got us back in the game for the final hour and a half.  We made a couple of more stops with me getting a few pike, no bass. Just couldn't get one more Platte Lake Special to put my weight for the day over 20lbs.
Results: I won my first Snatcher Tournament with a weight of 19/12, and I also got wood and $ for the 5/2 Lunker.  Smitty came in 2nd with 17/9, and Nate got 3rd with 16/13.

The win also allowed me to reach my goal of finishing in the club's Top 10 for the year in 10th Place.
My Thoughts: I am so grateful to have drawn Snatcher Darren as a boater and that I fished clean for the most part. I thought I had screwed my chances catching a twenty-pound bag on Wednesday when I didn't know we would be fishing my home lake; Thankfully there were still some melon heads up North. Winning on a lake that has disappointed me so many times made my first win so much sweeter. With the way my season had gone, I seriously doubted I was ever going to reach my number one goal, but I did it. Victory Was Achieved on August 26th, 2021! 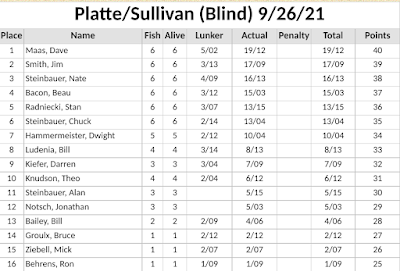 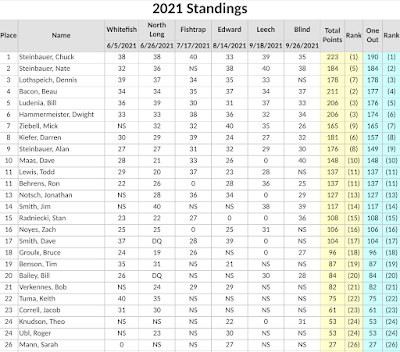 Posted by Basspastor at 8:00 AM 0 comments