Conditions: I arrived at the access just in time to do my stretching outside. I got back inside the car, and it wasn't more than a couple minutes before the thunderstorm hit. It stopped raining at about 6:30 or so. Conditions during the tournament were cloudy to mostly cloudy, 67-77℉, And mostly very windy out of the SE with a little break in the afternoon when the winds settled down under 5MPH.
The Day: We fished on the pit side all but for about 20-minutes. It was windy right from the get, and our first spot didn't go. We didn't stay long. Next, we hit some reeds on the East side of the lake. I had a swim jig get bit off right away. I would lose 3 jigs and 6 Texas Rigs on the day, dang pike. I put the first bass in the boat, pitching a brown/orange Hack Jig in the reeds. We then worked a weedline. I had a 30-inch pike break me off. It put on quite a show before it did.
I then caught a couple dinks on a spinnerbait, and Baily got a few keepers throwing a Senko on docks. Bill started getting better bites fishing a swimbait on the weedline, filled his limit, and started culling. We ran west, and I picked up a line burner on the Billy Goat Grub in some reeds. We worked our way back to the weedline, and I finally put a craw tube on (watermelon/red). I missed a bunch of bites, caught a few dinks, and had two keepers, including my big. The wind slacked off, so we went over by the East Island, and I got a bass throwing the Billy Goat to the cattail island. The wind came up. Bill got two good culls, and I got my last fish of the day on a black/blue Hack Jig. We moved to one more spot on the pit side, then went to the lake for about 15-minutes. I fished in the access area as well, and that was it.
Results: My limit weighed 10/6 minus 2oz dead penalty, so 10/4, which put me in 12th Place. Snatcher Dennis won with 16/12. Snatcher Fields got 2nd with 15/14, and Snatcher Darren 3rd with 15/02. Lunker was 3/13 and caught by the top Co-Angler, Snatcher Notsch, who had a 12/8 bag. 12 of the 17 anglers had limits.

My Thoughts: I figured with conditions being what they were, the fish would be on fire, but the weights in this one tell a different story. The weights last time had 14lb bags down to 10th Place; this tournament, there were only 3 bags over 14lbs. I gambled on a big worm on my Texas Rig rod to start and lost. When I finally put a craw tube on around 11AM, I got bit immediately. It took me a while to get comfortable with the craw tube; I missed quite a few bites. Not my greatest tournament execution-wise. I will have to step it up in the final two tournaments to have any hope of finishing in the Top 10 for the season. 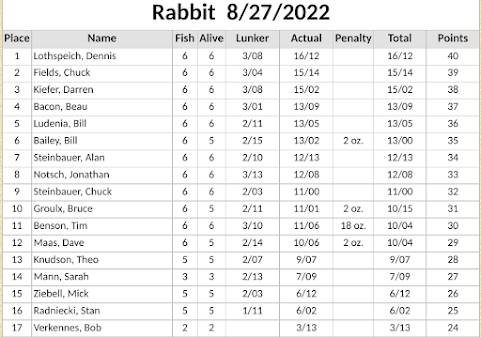 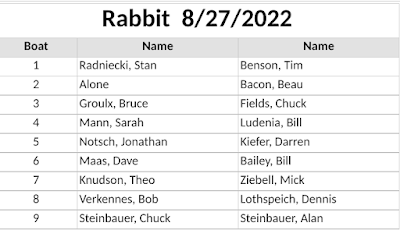 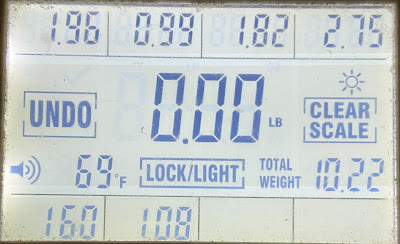 Posted by Basspastor at 5:03 AM 0 comments 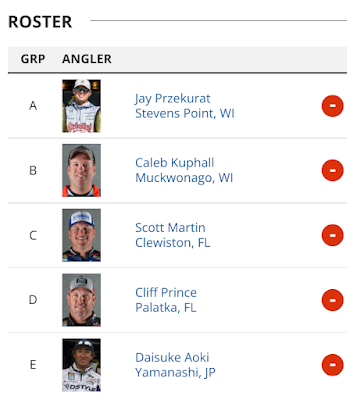 Almost picked Taku in Bucket A but went with the rookie instead. Hellabass talked me into Kuphall in Bucket B, which was stacked with the guys I was planning to put on my roster. Hoping the Cade connection will pay off for Martin. "Big money, small-town boy makes sense, So I'm pushin' all my chips on my man Cliff Prince."  And a tip from Hellabass made me go with my boy Aoki, who made my win last week possible with his dismal finish to bump off a couple of my competitors that would have had me if Daisuke had finished Top 25.
Posted by Basspastor at 5:22 AM 0 comments

Winner, Winner, I Am Getting Some Hooks From Omnia For Dinner

My team for Lake Oahe was Gussy, Seth, The Sleepy Assassin,  Mueller, and Redwine. Thankfully, although not an incredible roster, it was enough to win the group for this tournament in the Bass Boat Central small-stakes group I have been a part of for the last few years.  One more chance to win more money this week with the Elite finally on the Mississippi.
Drats! Omnia is currently out of the hooks I need.
Posted by Basspastor at 6:45 PM 0 comments 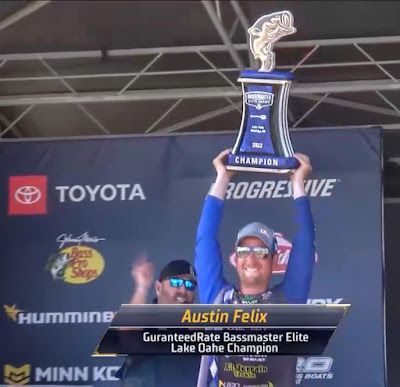 Congratulations, to Austin Felix for winning at Lake Oahe!

And thank you to him and Seth, who led my fantasy team to the promised land in my $ league.
Posted by Basspastor at 4:33 PM 0 comments