I expected my Viking were going to lose to the Packers, but I did not expect it to be that ugly, especially in light of the fact that the Purple was coming on a bye week. It was as if none of the problems from the first half of the season were addressed and instead things went backwards. The Packers deserve a lot of credit because they are a very good football team and they were at home. However, that doesn't excuse the miscues and mistakes, which were legion particularly in the 2nd half. The Vikes were pretty darn lucky they didn't get humiliated with a shut out.

On Ponder:
Ponder is lucky he didn't give up a pick 6. I thought his overall level of play was OK, but he needs help from the Offensive Line and the Receivers. He escaped the pocket multiple times where he had ample time to throw the ball and he had to just throw it away. The receivers have got to do a better job. I also don't think the Offensive Coordinator is doing Ponder a lot of favors in terms of play calling and game planning. OCMusgrave has shown no ability to make meaningful adjustments at half time.

Just went to Wikipedia to read about Bill Musgrave. Honestly from what is written there I don't know what Leslie Frasier saw to bring the guy in for the position. He doesn't have a very good track record at all in terms of the OC position. The guy is a quarterbacks coach, not a strategist. This guy either needs to show serious improvement or be fired.
Posted by Basspastor at 12:28 AM 0 comments 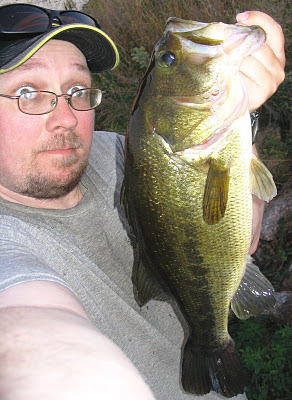 Yeah it's been a while since I blogged anything and far longer than that since I updated the Derby. But I think the Derby is caught up now with 2 Days to Go. Get those entries in if you have got em'.
Posted by Basspastor at 4:18 AM 0 comments