He talks in depth about his lack of celebration, what he said to Brandon Palaniuk, his relationship with Gary Klein and more.  It's worth listening to the whole thing.
Posted by Basspastor at 2:38 AM 0 comments 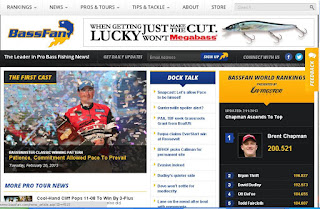 As that I thought the old BassFan layout was one of the best webpage layout's I've ever seen, I'm not a big fan of the change.  Two thumbs down!!!
Posted by Basspastor at 12:00 AM 2 comments

Email ThisBlogThis!Share to TwitterShare to FacebookShare to Pinterest
Labels: BassFan

Cliff Pace managed to pull it off despite catching only 4 fish and leaving the door wide open.  It seems a lot of people didn't like the fact that Cliff showed almost no emotion when he won.  Personally I think the guy must have been in a bit of shock that his 7lb lead going in was indeed able to hold up.  Grand Lake really didn't show itself off this week.

Here is what my club is fishing this year, with my comments.

June 1st South Long-  Other than the parking situation,  I like the lake.  I've fished it twice when we fished our 2nd tournament in 2009, which was on June 21st.  I have some revenge to get on those bass.

June 22nd Mission Lakes-  I like these lakes.  I've fished them twice, but that was in October both times.  I'm sure they will fish a bit differently than it did in 2008 and 2009 because those were after all in early October.

July 21st Rush Lake-  I don't even know where this lake is, let alone anything else about it other than the Snatchers have fished it before twice, once in mid July of 2000 and once in late August of 2003.  The lake took 19lb weights to win both times but there weren't many limits caught either time.  Hopefully the lakes bass population has improved since then.

Aug 3rd Rabbit Lakes-  I have fished these lakes 2 times as a Snatcher, once for pre-fish and once for the tournament in late July of 2010;  And I fished it 3 times in 2004 for an Excel Bass Tournament I fished in late June 2004.  I look forward to getting a bit of revenge on the fish there for 2010, but the lake has generally treated me well.

August 17th Blind-  We won't find out the lake until the morning we go to fish it.  It could be any lake within 30 miles of Brainerd that is 1000 acres or more and that we didn't fish last year, so North Long, Alexander, Bay, and Whitefish Chain are out.  I believe the 30 mile rule puts Platte/Sullivan in play.  I believe the Mississippi River is in play as well.  Should be interesting.

Sept 21st Little Boy/Wabedo-  I'm not happy that the club refused to switch this with Mission so the smallies could be in play.  I fished there twice but that was for Muskie Tournament also in late Sept. or maybe it was Oct..  I don't recall what I caught other than 1 tiny muskie and maybe a couple of pike and bass in the reeds.  I lost a box of topwater lures there.  It just stinks that there could be a topwater smallie bite going on.

Hopefully my back will be OK this year, that's my biggest concern.
Posted by Basspastor at 1:35 AM 3 comments 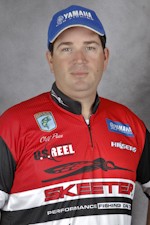 Cliff Pace is in it, to win it!!!  He takes a 7lb lead into the final day.  However it is very possible he could stumble or someone beneath him could bust a super huge sack.  At this point I think it's down to a 6 horse race with Brandon Palaniuk having and Ike having the most realistic shot.  I don't wish Cliff ill, but if he stumbles I hope Brandon takes it.

Tomorrow may or may not be interesting.
Posted by Basspastor at 8:17 PM 0 comments 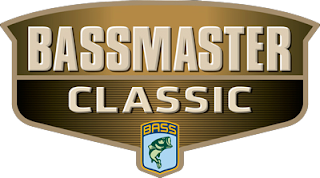 Ike and Cliff Pace in the lead.  Two total polar opposites in terms of personality.  Cliff is one soft spoken, non showy dude. KVD in the hunt again.  My guy Christie looking dangerous.  My fantasy team is doing OK, but I need Scanlon, Knuth, and Alton all to pick it up on day 2.

Does anybody know what jerkbait Ike was using?  I couldn't tell by the pictures I saw.  Or how about KVD, was he using that SK bait?

I thought Chris Lane handled himself with grace in light of getting skunked.

It's gonna be even colder tomorrow.   I think Mike McClelland is gonna be dangerous.

I don't have any comments on B.A.S.S. Day 1 coverage as that I was asleep all day.  I will follow it on Sunday. Today I'll be in Brainerd for my Bass Snatcher meeting and I'm not sure when I'll be back

I'm impressed with the coverage at Advanced Angler.com.
Posted by Basspastor at 1:28 AM 0 comments

Rapala Is Releasing Something New At Midnight

Through Tackle Warehouse   It's supposed to "Change Fishing Forever"

Update: Apparently, the clock just set itself back 2 Days.

At $8 a shot.  I'll pass for now.  I have too many cranks that hardly ever get used anymore already.

Is It Bassmaster Classic Time?

Well you wouldn't know it from my blogging.  I just don't have enthusiasm for blogging about stuff right now. Maybe I will get in the swing of things this week.  I don't plan on Liveblogging any of the Classic weigh in's this year.  Maybe the last one, who knows.

If you want help putting together your Fantasy Team be sure to listen to the Fantasy Fishing Insider pod-cast.  They have interviews with Ott Defoe and Chris Lane.

Update:  Here is a new Podcast with Ike, Palaniuk, Zona, and Kumar 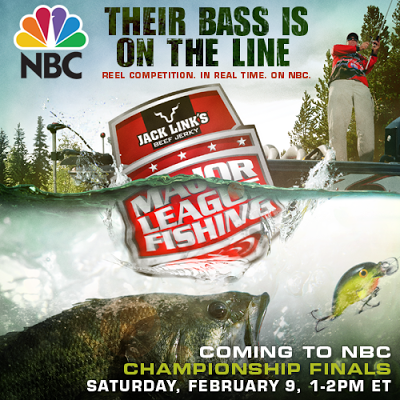 I meant to put this up sooner, but didn't get to it.  I wish it was a two hour show, instead of  just one.  I think I'm pulling for Quinn.
Posted by Basspastor at 6:29 AM 0 comments 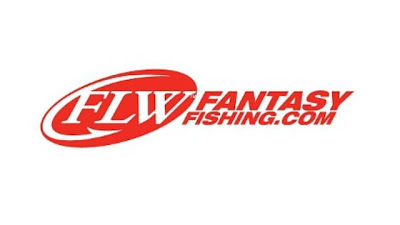 I finally made the decision to sign up for this year even though the prizes are the same lame one shot at the end of the year deal.  I figured so many people aren't gonna know to get their entry in this early that the participation numbers would be way down.  I was right, it looks like at least a 75% drop and there is just a couple of hours to get a team in.  I'm guessing FLW will make changes, next year.  I could see them possibly not even offering the game.
Posted by Basspastor at 9:55 PM 0 comments

A great day for the Vikings franchise!!! 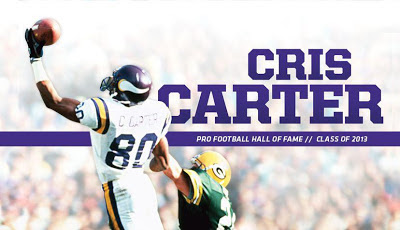 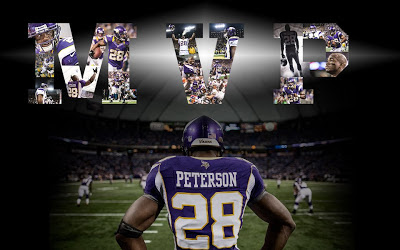 That it took C.C. six try's to make the Hall is a scandal in my mind.  He was 2nd All-Time in TD catches when he retired.  He should have been 1st ballot, 2nd ballot max.

Either Birk or The Freak gets "The Ring", so it's a no lose Super Bowl from my perspective.
Posted by Basspastor at 10:41 PM 0 comments 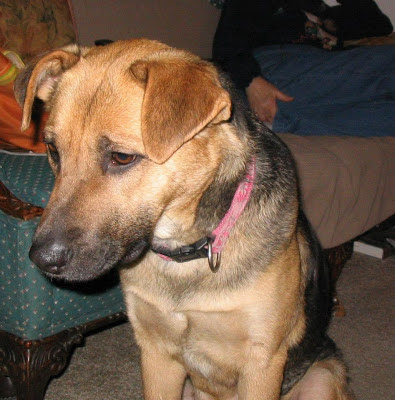 This is our new dog Kaylee.  She is a mutt from the Leech Lake reservation that we got yesterday from the Humane Society at Little Falls.  She is obviously part shepherd mixed with who knows what else.  She didn't take to me right away when she met me here at the house.  She definitely likes Mom and Dad over me at this point, but we are getting along well.  She is a sweetie pie.  She shows almost no interest in the cat,so they are getting along.  Lilah, our chihuahua mix, and her haven't gotten into it yet, which is good sign.  She seems to be pretty mellow and mild mannered. She doesn't seem to know any commands.  I'm working on sit.  She isn't a very diligent student, so this may take a few days.

I think she's gonna be a keeper.
Posted by Basspastor at 2:39 PM 0 comments