Will I Ice Fish Again This Winter? 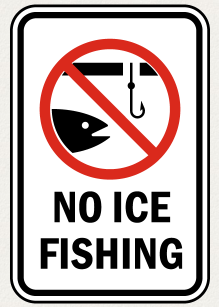 Seeing as how I have only blogged once so far this month I thought I should get a thought out on what I've been pondering as far as ice fishing this year.  I haven't gone ice fishing yet this year thanks in no small part to the cold and snowy weather we have had.  I've only seriously considered going out one time in early February and didn't do it.  Since then it has been nothing but cold and snow.  With all the snow we have right now my interest level is at zero.  If we didn't have the snow my interest level would be at a 6 or so.  I do have a bit of cabin fever.  The next couple of days are going to be OK before we go back into the deep freeze again.  I will just have to see what the weather brings in March before I answer the question.  Please God, no more snow and a gradual snow melt would be much appreciated.
Posted by Basspastor at 1:16 AM 1 comments 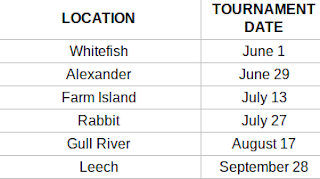 As I thought the tournament schedule got tweaked when we finalized it. Here are my thoughts.

Whitefish Chain: This will be the fourth time the Snatchers visit the Whitefish Chain since I joined the Club and the 2nd time it kicks off the tournament season.  Whitefish Chain, a lot of water with a lot of bass.  As of yet, I haven't been able to pre-fish The Chain with my boater.  Hopefully, that changes for this one.  It will be interesting to see what role smallmouth play.

Lake Alexander:  This will be the 2nd time I've fished a Snatcher tournament on Alexander. Club records suggest fishing should be pretty good. Also another lake with smallies.

Farm Island Lake: This will be the 4th Snatcher Tournament and 5th Tournament I've fished on Farm Island. (The Challenge Cup was held here last Fall).  Hopefully, the frog bite is on and my boater wants to fish it.

Gull River:  The Snatchers haven't fished here in a very long time.  I'm shocked it made the final cut.  This tournament is going to be a total wild card.  Hopefully, I'll draw a boater with some experience because I am clueless on this one.  I don't know what the Gull River consists of or where it is exactly.  I know in the past it was known for big fish, but not a lot of them.

Leech Lake:  I am always up for Leech. (Also the 4th time I will be fishing a Snatcher Tournament)
Posted by Basspastor at 9:08 PM 0 comments 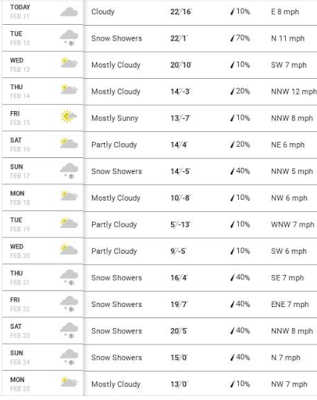 Winter is not planning on loosening its grip.
Posted by Basspastor at 4:53 PM 0 comments