Adrian rushed for 199 versus the Pack falling just 9 yards short of the all time NFL record for yards rushed in a season.  That does it, I'm getting a jersey.

Posted by Basspastor at 3:50 AM 0 comments

Posted by Basspastor at 2:25 AM 0 comments

I believe she arrived a little early this year, but that may be because of the way Christmas sat in other years.  Well I can't say I'm to impressed with the catalog this year.  I don't like how they got away from providing a quick look at reel spec's with the order numbers.  Also didn't care for referring us to the website for most fishing rods.  And is it just me or have fishing rods been getting uglier looking for the most part.  Didn't see any lures that peeked my interest.
Posted by Basspastor at 2:39 PM 0 comments 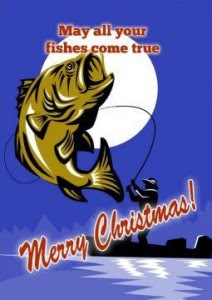 Email ThisBlogThis!Share to TwitterShare to FacebookShare to Pinterest
Labels: Christmas

What a lousy video, but the song sure is catchy.
Posted by Basspastor at 7:58 PM 0 comments

Email ThisBlogThis!Share to TwitterShare to FacebookShare to Pinterest
Labels: Music 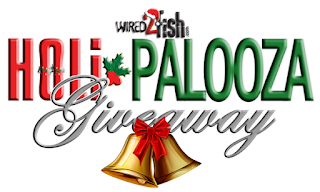 Check it Out, they are giving away more than 50 Prizes.
Posted by Basspastor at 8:23 PM 1 comments

Give AP The Rock! It's About Time

"68% Pass 32% rush on a day they were not shutting down Peterson. Peterson 18 carries for 106 yards. That was just absurd. He should of had 10 more carries, easily. Well there is always next week."

I wrote this two weeks ago when the Vikes played the Bears in Chicago.  Then last week Peterson had 210 on 21 carries versus Green Bay.  Once again I thought that was about 5-10 carries less than he should of had.

With Percy Harvin out for the season there is no reason why Peterson should't carry the ball on the order of the number snaps he did today.  The first game Percy was out versus the Lions Peterson carried the ball 27 times for 171 yards with 1TD and we won that game as well. Peterson is looking better than he ever has in his carrier and that's saying something.  The last seven games he has run well over 100 yards per game.  If Peterson can run at 5 yards or more per carry we've got to keep feeding him the ball. It makes no sense not to do it.

If it means that Ponder only attempts to throw the ball 21 times like he did in yesterday's game so be it. 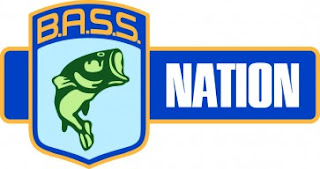 The Federation Nation is now to be called the B.A.S.S Nation. I'm not sure this branding change will change anything.  What does it accomplish in the "era of social networking"?

If someone has a clue feel free the leave a comment.

Th name change isn't going to get me to join
Posted by Basspastor at 9:17 PM 0 comments

More New Derby Results Going Up Every Day This Week 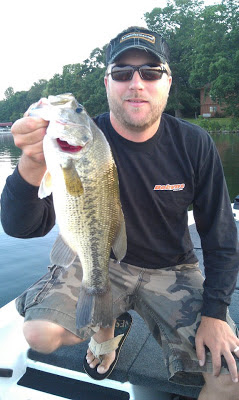 Check it out at the Derby Blog.
Posted by Basspastor at 2:04 AM 0 comments 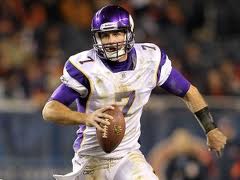 How can Christian Ponder suck so bad?

I have been on Ponder's side up until now.  The game today in Green Bay was brutal. It was our game to win but 2 foolish 3rd Quarter interceptions while in fieldgoal range just killed us.  For the first time today I thought Ponder should have been benched.  The first interception was yet another terrible roll out throw against the grain that was off the mark right to a defender  who was waiting in the end zone.  Talk about a buzzkill to start the 2nd half.   At a minimum we should have been up 17-10.  Instead the Packers got a fieldgoal to cut our lead to 1 at 14-13.  Then we went 3 and out twice and the Packers scored   to go up 20 to 14.

So Peterson gets us going on another drive,  when Bam another INT. That second interception was it for me.  The play should have been a run as Peterson clearly had yet another huge whole to go through. But instead it was play action pass into disaster.  The ball should have never been thrown and it totally took the wind out of our sails.  The Pack went on a very long drive, kicked a fieldgoal and it was pretty much game over at 23 to 14.

I hope the team takes this loss better than I have.  I'm totally deflated.

Posted by Basspastor at 5:07 PM 0 comments