Calling Out the MN DNR On Pike Fishing B.S. 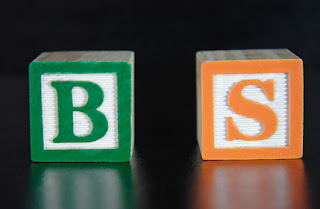 The MN DNR sent out a press release yesterday encouraging people to get out and fish.  In it they got onto the topic of closed seasons and why we have them.  Here is the line of BS I take issue with:

They are telling us a major reason why we are not allowed to catch and keep pike right now is because some people might target walleye under the guise of fishing for pike.

As our DNR has told us, pike populations in the central portion of this state are having a detrimental impact on walleye populations.  The pike are out of control eating up as many of those precious little walleye's as they can and the DNR finds that acceptable because they can't have a few people targeting walleye's out of season that would be released.

If anything pike being closed makes keeping the bass fishing season closed enforceable.   It is the position of this blog that there should not be a closed season for pike in the central portion of this state, period!  Lets get the hammer handle issue under control because that is a real problem.  People catching and releasing some incidentally caught bass and walleye while targeting pike would be a rather small problem by comparison.
Posted by Basspastor at 4:27 AM 0 comments

Winner, Winner, Getting Something for Dinner!

Thanks to getting 4 Anglers in the Top 10 at Beaver Lake I had a pretty good Fantasy Fishing roster last week and I'll be rewarded for it.  Probably a Strike King Lure.

This makes the second time I reached my goal  to win a prize this year. 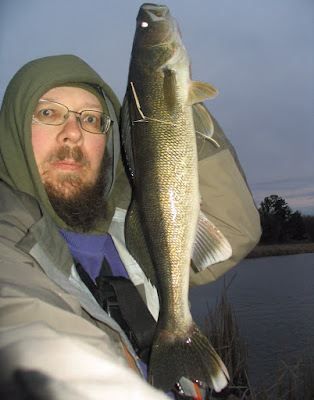 Updated: My prizes from FLW for Beaver Lake
Don't know if I'll ever have a use for the lures.  Throwing deep diving cranks is something I haven't done in years.  There are some spots on Sullivan Lake I could give them a try if I ever get the Trophy back in the water.
Posted by Basspastor at 3:11 AM 0 comments

The silver bullheads came in with a bang last night at the Grumpy Old Man Hole as I recorded a personal best slabber bullhead.  Getting a 14" or bigger has been a goal of mine since I first got one that went 13 inches back in about the year 2000.  I got 7 silvers total tonight, so now I just need 93 more to reach 300 for the year and make my other Crappie Goal this year.

Get the full story of tonight over at the Fishing Log Blog.
Posted by Basspastor at 5:25 AM 0 comments

Due to the changes made for Mille Lacs this year we had an emergency meeting to get a new date and lake.  We ended up having to change two dates and one lake.  Both tournaments are in June.  Here is our new schedule:


June 4th Birch Lake (Hackensack):  Platte/Sullivan lost out to Birch on the vote.  I'm more OK with that than the 8:00AM start time.  If it's a hot day the 4PM end time really gets to me.  I fished the tournament we had at this lake in October of 2011.  It was memorable tournament to me for a couple of reasons.  My dad had by-pass surgery that week and Bill Ludenia tied me for 6th in Angler of the Year Points; He beat me out of the place on the tie breaker, so I missed out on being in the Club Super Six.  I like the lake and it has smallmouth.  I haven't seen a lot of this lake and we fished it at a totally different time of the year.  It will be interesting to see if that shallow bay on the southern most end is a big player;  I've never been in that bay and don't know if it has rice or what.

Sunday June 19th South Long Lake:  We originally had this tournament scheduled on June 11th.  I like the fact that we are having it on Sunday, so hopefully the access won't be as crowded.

The rest of the schedule is unchanged.

When Natives Netting Your Lake Is A Good Thing

Last year there were rumor's that Indians were out netting on Platte/Sullivan.  I never saw anything and never bothered to check into it very far.  I figured that people saw the boat that was out bow fishing for rough fish and assumed they were natives like I did until I found out differently.  I also figured Platte/Sullivan would be an odd choice because it's full of hammerhandles and bass and doesn't really have an outstanding walleye population .
Anyway, this past Friday LakeStateFishing.com Facebook Page posted pictures of Fond Du Lac band members at one of the Platte/Sullivan accesses.  I will admit I tightened up a bit, because I was worried about how many bass and bowfin they might catch and what size.  I was tempted to go down on Saturday morning and see if I could check out what they got. But it was to cold and windy for me to bother with.

Turns out I didn't have to go because CO Kuske was there and got a count of all the fish the natives got.  There was a message on the Platte Lake Owners Association Facebook Page letting us know what Kuske told them and encouraging us to call him if we had questions, so I did.  I was relieved to hear they didn't get a single bass or bowfin.  They did bring in 57 pike, 7 walleye, a tullibee, and a bullhead or two.

When is it a good thing when your lake gets netted?  When they take out 57 pike, the vast majority of which had to be hammerhandles.  In my opinion the Fond Du Lac band did us a service.
Posted by Basspastor at 4:29 AM 0 comments 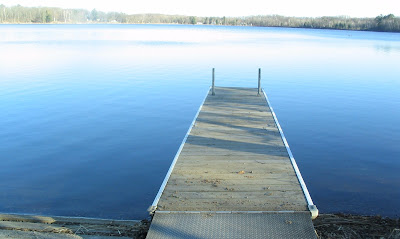 I left about 7:15 after a little wind came up out of the N.  I went to the GOMH where some guys were fishing on the SE side.  There was fish activity two to three long casts out in the hay on the SE side.  There also was some baitfish activity around the GOMH, so I decided to get my rods and fish.  Didn't get anything, but the guy gave me his minnows.  It was cold so I left at around 8 while it was still light out.
Posted by Basspastor at 11:33 PM 0 comments