Dave Maas won his second Grand Championship in the Minnesota Bowfin Club (MBC). The Hillman, MN angler also won the Championship in 2004. Maas took the lead early, registering a 30 inch fish in April this spring, and was never seriously challenged for the title. His nearest competition was a 25 inch fish recorded by Chuck Fields, of Brainerd, for a distant second place.

Maas caught the winning bowfin (sometimes called dogfish) on April 26, 2006, on Mille Lacs Lake. He was sight fishing, and used a ½ oz white jig & pork rind. Maas is the first person to win two Grand Championships since the club began competition in 1999

The MBC tournament occurs each spring to see who can catch and release the largest Bowfin. The Bowfin is considered a “rough fish,” by some. However, this fish puts up a great battle when taken on traditional bass fishing equipment. The MBC promotes fishing for these fish using artificial lures, and releasing them unharmed. Bowfins play a valuable role in the eco-system of any lake.

The MBC tournament season is held from ice out until June 15th each spring. For a complete listing of tournament rules and registration procedures, please visit the MBC website at http://get.to/bowfin/

FYI-Dave Maas is the BP.
Posted by Basspastor at 8:17 PM 4 comments

The Week in Tournaments:

Monday June 12th GEM Pepsi Challenge Tournament Town Line Lake:
The fish were on the feed this night with lots of fish caught in all boats. The winner of the 3 Bass, 3 Pike tournament was Dave Lindmark and the 6 kids in the pontoon achored by Sarah's 20inch Largemouth. Sara is a girl, duh, who has mild cerebral palsy and retardation but she held up wonderfully for the week and was a joy to be around; Her 20 incher was big Largemouth for the week and her first fish ever. My boat, Rick and Justin, caught a bunch of bass and some pike but no size.

Tuesday June 13th GEM Pepsi Challenge Tournament Mule Lake:
The weather was sunny which makes Mule Lake tough, the fish did bite late in the day. The Tournament was taken by Guide Mike Thompson and his two kids. I think they won this Multispecies Tournament with 7 species: Largemouth, Smallmouth, Rock Bass, Perch, Sunfish, Crappie, and Pike. Mike caught several 4lb class largemouth on docks and a few good smallies on docks and poppers. My boat, Rick and Justin, didn't try that hard to fish multi-species. I caught a 4lb Larry and 4lb Sally on the Frenzy Popper.

Wednesday June 14th Pepsi Challenge Tournament Town Line Lake:
We went back to Town Line cause the fishing was so good on Monday night, but the weather was warm and sunny which made fishing much tougher. Mike Thompson took the tournament with Rick and Justin on the strength of 3 good Bass and Pike. My boat Malik and Dylan, struggled and didn't have much size on either the bass or pike. We did have fun "surf fishing."

Thursday June 15th GEM Pepsi Challenge Tournament Blackwater Lake:
Conditions were sunny with a south east wind with growing cloud cover late, not ideal but Blackwater has lots of bass and fishing was pretty good. The Best 6 Bass tournament was a tie at 97inches between my boat, Elijah and Alex, and Dave Lindmark and the 6 kids in the pontoon. The pontoon won the tie breaker with Rick's 19inch smallie which was also big smallie of the week. Thus my boat was shut out for the week.

Saturday June 17th Fishers of Men Club Twin Cities Multi-species Buffalo Lake:
The weather was cloudy with a slight South then North wind turning very wet. The fishing was tough and me and my partner Tony Hanf got skunked. Buffalo lake appears to be in the midst of a major decline thanks to winter time over harvest, weed killing, and run off. The Tournament was won by Mike Thompson and his Dad with 10 Crappies and a 20.5 inch Largemouth. The day was not a total wash out as that I had Angeno's Pizza for dinner.

Camp Summary: It was a good week with good kids. On to Lindisfarne.
Posted by Basspastor at 11:12 PM 1 comments

It's time for the me to head off the GEM camps for the summer. I will be spending the next 5 weeks volunteering as a guide to take kids fishing. It's a lot of fun but my blogging will take a big hit as that I will only have access during the weekends and those are busy enough already.

Hopefully I can get some pictures from the camp this year. I think the director has a digital camera.

Please be in prayer for me and the kids
Peace Out!
Posted by Basspastor at 1:10 PM 0 comments

The BP Tournament Scuttlebutt:
The first two Team Bass tournaments are now history and the results are satisfactory but not spectacular. The first tournament was last week at Lake Osakis in Todd County. Osakis is a big lake that is known more for panfish and walleye than bass. I had a reasonably preductive pre-fish and managed to parlay that into my first check of the year with a fourth place finish out of 17 Teams. This was my best regular season finish since two years ago.

Today we had our tournament at Lobster lake, as I said yesterday I had low expectations. The weather was better than I thought it would be and I actually had a really good time. I managed to beat my weight from last year by a few ounces but didn't manage to crack the 12lb mark . I thought I had a great shot at another check but it wasn't to be. I ended up in 5th place because the 3rd place team caught a 4lb03oz kicker right at the end of the day, otherwise I would have been ahead of them. I am keeping on track so far with the 5th place average finish that I will need to have a shot at the top 10 at the end of the year. Still no kicker fish for me. The next tournament isn't until July 8th at the Horseshoe Chain.

On tommorrows tournament at Lobster Lake: My pre-fish didn't go well and now lousy conditions are going to prevail. It is gonna get cold and it will be a wet and windy morning. This will probably make the fishing tough. Not looking that much foreward to fishing this one.

Check out this somewhat new fishing blog Black Gumbo a good primer post would be How We Started This Fishing Thing, and Why Excerpt:

Our first fishing trip of 2006 was spawned by my son’s question “Dad, when can we go fishing again?” I had really been trying hard for years to find some activity that my son really embraced. He had tried sports, and while he was enjoying himself, he really wasn’t embracing it like some kids do. Swimming, soccer, gymnastics, all were tried, all were dropped. He got into BMX racing for while too, but the heat really kills that sport in the summer for all but the most dedicated.

And to add another layer to our quest for something he would really click on, I never really was an integral part of his outdoor activities. That bugs me. You see, we believe in a strong family identity and we foster things that some folks consider out of place. We belong to a classical education home schooling program of maybe 200 kids; we attend a family integrated church where we worship together, not segregated; we actually sit down to eat dinner as a family more often than not; and we do stuff together because we like each other. All four of us genuinely like each other! Imagine that. So my desire was to carry on that kind of togetherness with my son’s activities. Sports wasn’t cutting it.

It looks like the fishing is centered around inshore down in Texas.

See a Fish shaped coffin at The Trout Underground

Don't miss this blog: Spike of Living the Dream has his tribute to Kirby Puckett done. Actually it was done March 17th but I've not been to his blog since then.
Posted by Basspastor at 3:47 PM 0 comments

He's on BassFan radio too!
Posted by Basspastor at 9:38 PM 0 comments

Hellabass Le Homme Deu Tournament Story- Congratulations on 10th Place and making a check. Full Bassmaster Series LHD results here with Co. For the intial Bassmaster Series they had 60 boats and Dean Capra won it going away. Lots of the Excel Bass guys fished this tournament either as a boater or Co. 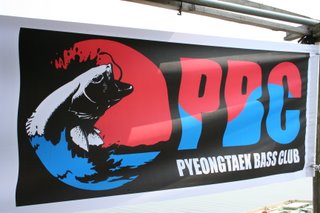 Pics and Info at The Bass Hole 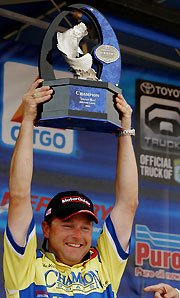 What I've been up too.

I've turned into a slithering reptile in the TLLB ecosystem, wonder when that happened?

Pre-fished Osakis on Wed. more on that later.

I've got a new trolling motor. More on that later.
Posted by Basspastor at 12:57 AM 1 comments