I wish tonight's game would have been in Tampa Bay because the Vikings didn't show up ready to play.  We started out down 13 to nothing and it never got closer than 6 points for a brief time in the 2nd quarter.  The Vikings have to have the Defense play better than they did for us to have a chance.  They were probably still a bit winded from Sunday when the Cardinals easily owned the time of possession. Plain and simply it looked like The Bucs wanted this one more.

Ponder seems to be getting pounded on Facebook by a lot of the fans, but his numbers tonight weren't that much different than Freeman's.  He was sacked 3 times and was knocked down several more.  The fact is he was put in poor down and distance far to many times.  I wish the naysayers would just shut up for a while and see what happens with Ponder.  It's way to early to call him a failure.  The interception at the end was unfortunate and meaningless.

The fumbles by Peterson and Simpson were just killers in the first half and the touchdown at the start of the 2nd half was the final nail in the coffin.  The Vikings were not going to come back from being down 17 points.  The game at best would have been 36 to 33 with scores on our last two possessions where we got into the red zone.

Hopefully we can bounce back and give Seattle a game.
Posted by Basspastor at 1:56 AM 0 comments

This is my first Vikings blog of 2012 and what a start to the season it has been.  Who would have thought the Vikes would have a 5-2 record at this point.  I know I sure didn't.  The Vikes got lucky to win their first game in overtime verses a poor Jacksonville team after giving up the lead on a late touchdown.  Then we lost to the Colts in Week 2 and it didn't look good.  But then we soundly beat the 49ers when a light went on in our Defense and since then our only loss was to Washington last week.  Ponder had a terrible game today but we won 21-14 thanks to a pick 6 by our Rookie Safety, some solid running by Adrian Peterson, and of coarse the play of Percy Harvin.

This season Ponder has really only had two games that were stinkers.  This game with only 58 yards passing with 2 INT's and at Detroit where he had just over 100 yards passing.  Sure he made a bad throw in Washington that went for 6, but as far as I'm concerned his second Int in Washington was on tight end Kyle Rudolph for jumping the gun on a play in which Peterson would have scored the touchdown that would have put us within a field goal of winning provided we got an on-side kick.

Ponder is going to have uneven performances just like every other young quarterback.  Personally I don't think he was getting that much time to throw in today's game especially in the 2nd Half.   Hopefully Ponder will bounce back verses Tampa on Thursday.
Posted by Basspastor at 8:15 PM 0 comments 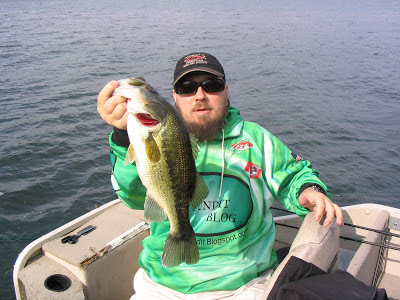 This 17 incher was caught on Mule Lake with a bluegilll colored Strike King Pure Poison with green pumpkin Craw Fatty Trailer on Friday. 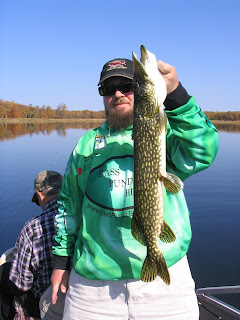 This 28.5" Pike was caught on Saturday on the same Pure Poison at Town Line Lake.  It was my first fish of the day and I was lucky I caught it because in totally inhaled the thing and I didn't have a leader on it. I put a leader on it and caught a few more small pike.  I also managed to catch 3 decent bass.  I caught my third bass on the last cast of the day.  It bit just as Mike Thompson laid the hammer down as we were going in.  It turned out that fish along with my 3 best pike won me FallEE WallEE for the 3rd straight year. 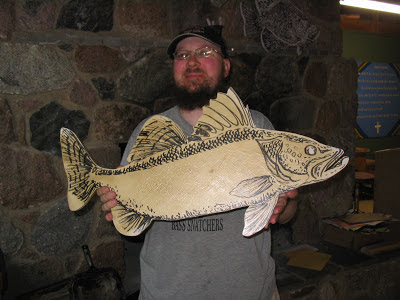 Mike Thompson got a 19" bass on Town Line Lake 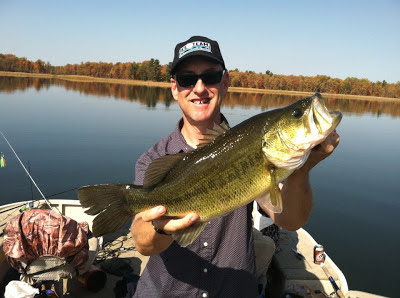 Bass Zone Comes Up with The Golden Ticket Concept 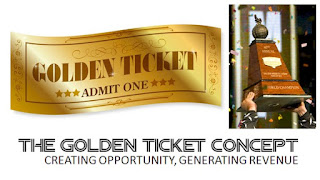 Basically the idea is to have a lottery for B.A.S.S. Members to get 1 of 8 Golden Ticket's to fish in a tournament, where the winner gets to fish in the Bassmaster Classic.  The idea has potential to significantly raise revenue that B.A.S.S, could use to increase the payout at the Classic, in the Elite Series, for B.A.S.S. in general and for conservation.  The revenue would depend on how much it costs to get a ticket and how many are sold.  You can view the full details at Bass Zone.com

I personally like the idea.  Why not have 1 more avenue to reach the Classic for B.A.S.S. Members?  It will be interesting to see what B.A.S.S. thinks.
Posted by Basspastor at 12:06 AM 0 comments

Well the Bass Snatchers streak had to end sometime and this was the year.  The Tournament involving my Club the Bass Snatchers, The Range Bassmasters, and Brainerd Lakes Bassmasters for the Challenge Cup took place on Saturday on Borden Lake out of Garrison, MN.  Apparently we only had 4 Snatchers that could make it and all but 1 wasn't even in our top 10 for the year.  Had I known I could have fished, oh well

We apparently got crushed by the Range, not sure how bad Brainerd beat us as well.

Maybe I'll have the final results and a picture at some point, but that depends on what the Range Club gets to me. 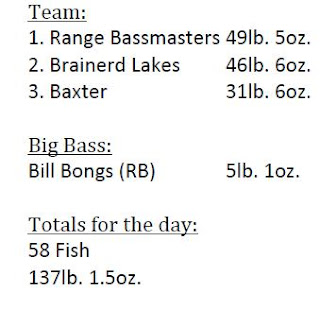 Posted by Basspastor at 8:50 PM 0 comments