Conditions: Rain intermittently in the morning with the sun coming out in the afternoon. Wind: 3-8mph

The Day: It started raining as we were waiting to blast off. We headed to our first spot, and Hammer was amazed no one went North along with us. We started off in the best cabbage Hammer had found in his prefish. About 45-minutes in, he got the skunk out of the boat on a craw tube. We worked around a point of reeds, and he got a second bite. I started throwing a buzzbait into the reeds as we worked outside the reed line. I missed my first bite, which was a small fish. I then got two bass in the boat lickety-split. So we drifted into the reeds, and I got my big fish of the day. As we worked inside the reeds, I got fish four and five along with missing a couple. Hammer had a couple fish blow up on his buzzbait, but they got off. Snatcher Chuck and Nate showed up.  Chuck and Nate doubled up on a spot I had my eye on.  I got my limit fish, which was a line burner. The topwater bite quit. I got a couple of fish on the Brovarney/Rage Bug combo with both fish throwing my Rage Bug, rats. Hammer was having a rough time getting his bites in the boat, losing a good one on a jig or craw tube. I also got a case of the misses in the same area not hooking up with 2 or 3 that hit the buzzbait; partly my fault for making ill-considered casts.

We then went to some docks on the west side of the bay, but nothing there. Hammer borrowed a spinnerbait from me, and we returned to the reeds. Snatcher Bailey and Metalhead were in the area this time. Hammer was getting bit on the spinnerbait and me on the buzzbait and Jig, with both of us catching most of the bites but dropping a few as well. It rained pretty good when we were in the reeds that second time. We then went back to the West side of the bay, where it was calm and worked reeds along the shoreline. I was unaware they were there because they only stood about a foot above the water. I got my frog game on catching several pound and a half to pound and three-quarters cookie cutters. Hammer was throwing a Sprinker Frog and having a rough go keeping them pinned. We got over by Smitty and Mick, where I had a Platte Lake Special miss Little Alan, but it wouldn't hit it again.

We then headed south to try Hammers Smallie areas. He got a couple of largemouths, and I maybe had a small smallie take a shot at the 130 Plopper. For the final hour and a half, we went back North trying the cabbage one more time with nothing happening. I got a minor upgrade pitching the Brovarney to some pads in the reeds. We ended back on the West side of that Northern bay. I checked my fish before we headed out and was dismayed to discover my big fish, which was swimming just fine when I culled  20-minutes prior, was now dead, bummer.
Results: My fish weighed 12/8 with the dead fish penalty, and I finished in 11th Place. Snatcher Fields won it with 19/10, and he got Lunker with a 4/3 smallie; at least that was what I think it was. Snatcher Darren won the Co-Angler Challenge/Cash in a close race, with his 4-pounda putting him over the top.

Thoughts: I just didn't get enough of my bites in the boat. Probably could have had a 14 to15ish bag if I did. I wish I had known those reeds were along the shoreline the first time we went there. We should have given them a try. 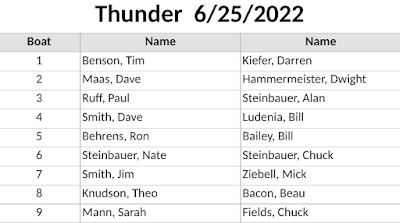 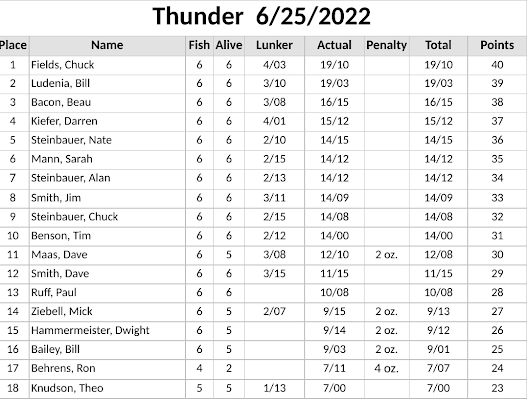 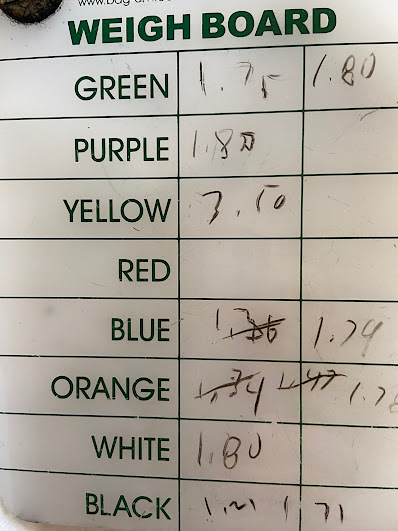 Posted by Basspastor at 3:59 AM 0 comments

The Plan: I was not able to pre-fish for this tournament and I've never been on the lake. My boater Dwight "Hammer" Hammermeister did get out for a day. He said they got about 10 bass, two of which were smallmouth. He and his bunky finished in 3rd and 4th the last tournament on this lake, but that was on Sept 9th. Basically, it sounds like we are going to wing it and hope something sticks. 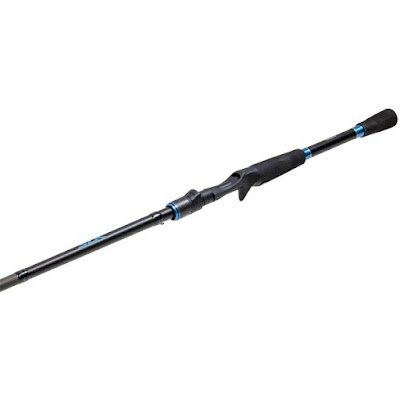 I have had my eye on the Shimano SLX 7'5" H rod for quite a while and last week one came up on eBay for a deal I just couldn't refuse, so I bought it.

Here are my impressions:
I would rate this rod as extra heavy, rather than heavy. It is definitely closer to my XH Zillion than my H Tatula's. It is noticeably more stiff than the Tatula's. Haven't had any blow-ups on the frog yet; I have only fished with it for about 15-minutes. I'll probably update the review after I catch a few fish.

Posted by Basspastor at 2:41 AM 0 comments 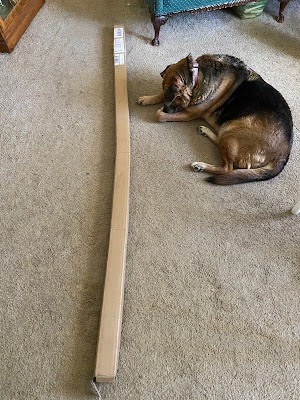 I was skeptical with the way the outside box being so flimsy that the rod I won from Major League Fishing Fantasy Fishing was going to be in one piece, but the rod was secured to a sturdier v-shaped piece of cardboard inside the of the outer box. The rod itself itself is really nice lookig to my eye. I already have several rods that fill this niche that I already like, so I am giving the rod to Snatcher Darren as a thank you for being my boater in my first Baxter Bass Snatcher tournament win last year.
Posted by Basspastor at 9:59 PM 1 comments 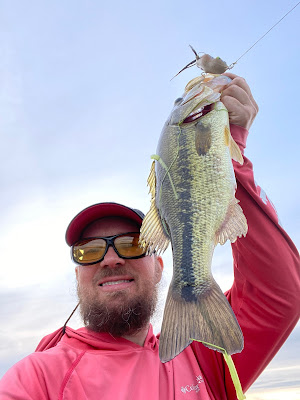 Was caught on a Sparrow Booby's Perfect at the Platte River Mouth in Sullivan Lake. She annihilated it. I caught 3 frog fish on the night.
Posted by Basspastor at 1:39 AM 0 comments

Thoughts Going In:
Farm Island has always given me a limit. Pre-fish made me even more confident. Dennis tells me before we blast off that he did get out pre-fishing one more day, and his starting spot was full of bass; it was empty the day we pre-fished, except pike. Confidence level: High.
Conditions: Sunny, Light to Moderate SW Wind

The Day: We blasted off boat one and went to Dennis' honey hole. The problem is that it was filled with pike, just like the day we pre-fished. Dennis got bit off two or three times, and we both caught multiple slimers. Dennis did get a quality bass off a dock. After an hour and a half or so, we headed southwest. Nothing at the point where I got two fish during pre-fish. So then we headed NW. I got the skunk out of the boat using a fluke at a dock just after Dennis got bit off. From there, we headed south again, and Dennis cracked a biggun off a dock. That is what we did for most of the day, with Dennis picking off a good fish every half-hour to 45-minutes. My dock game was rusty, and there weren't many bass around. I did get my second keeper on a return trip to the starting spot. And that was all she wrote for me, two bass in the boat. I did miss a few bites on the Fluke, but those could have been rockies.

Results: My two fish put me in 19th Place. Dennis ran away with his 19/1 bag. Lunker went to Smitty with a 4/2, and Zach Noyes won his first Co-Angler Challenge, beating out The Beast Beau Bacon by an ounce.

Thoughts: We just caught "The Farm" on a tough day, as the final results show. Congratulations to Snatcher Dennis for starting off the year on the right foot. On to Thunder. 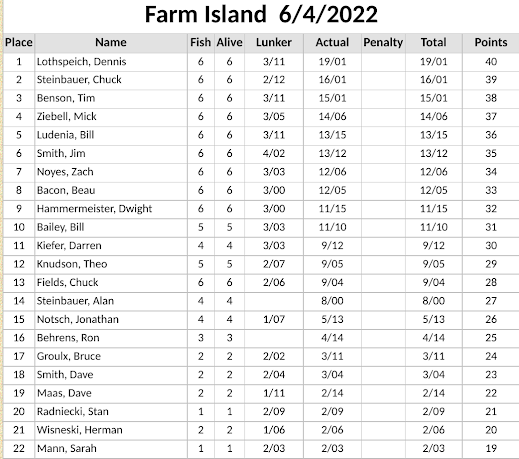 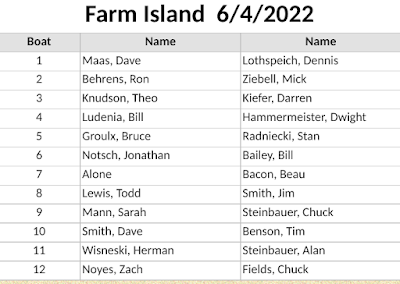 Posted by Basspastor at 2:12 AM 0 comments

Plan A is to throw the Brovarney Swim Jig I have been whacking better quality fish on since the Opener. I should be in for a pretty good day if the fish are on it. Hopefully, if that doesn't go, I will figure something else out on the fly. Dennis will have us around fish. I'm shooting for at least 14lbs. My best weight at Farm Island is 14/8.
Rods I'm Bringing:
7'4" H Tatula (Buzzbait, Frog)
7'4" H Tatula (Chatterbait, Wakebait, Big Topwater)
7' H Avid (Craw Tube)
7' MH Mojo (Spinnerbaitt)
7' M Avid (Neko Rig, Paddletail)
6'10" MH Tatula 2 (Swim Jig)
6'8"M Avid (Topwater)
Spin:
6'6"MH Veritas (Fluke)
Posted by Basspastor at 8:38 PM 0 comments