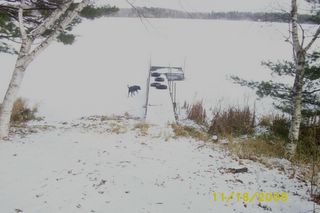 Actually the ice arrived yesterday on the 17th. The snow came in a bit to quick and so we didn't get "safe ice" when it got cold again last night. If you will recall, things are a bit ahead of last years schedule.

Program Note: Only 2 Days until the BP Blogirthday or is that Blogiversity?
Posted by Basspastor at 11:15 PM 0 comments 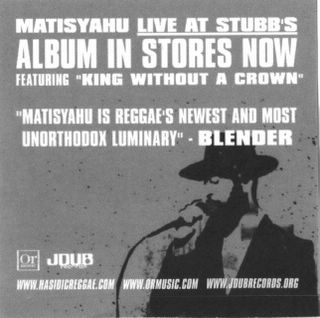 Never heard of Matisyahu or Hasidic Reggae before, neither had I until a Twin Cities Station, Drive 105, played his song "King without a Crown." It is a cool track, the lyrics are solid spiritually, and the Drive 105 DJ's spoke well of the guy. When I heard Matisyahu was coming to town I asked my older bro Jeff if he wanted to go and he said OK. The only thing that really needs to be said is that Matisyahu and his band seriously rock most of the time. BRAVO!

The show opened up with underground Xtian rapper Pigeon John. The Pigeon is high energy and brought better than average original hip hop with both humor and a message. I only like hip hop these days if it is unique and non-gansta and the Pigeon is unique and more joker than gangsta. He did get a laugh out of me a couple of times and I thought he was better than average warm up material. Highlight was his song Hello Everybody and the last song which has a title that alludes me. I'll just call it "Fearfully and Wonderfully Made."

The Matisyahu set: I didn't really know what to expect coming into the concert with only a slight familiarity with a single song and a little knowledge about the guy from Googling a bit. However, reggae is easy to get into the groove with sight unheard. I was more than pleasantly surprised to find this fusion mix of reggae, rock, jazz, hip-hop, prayer/chant, and solid musicianship all working together. I just wish I knew some songs in advance, that would sure help my review. It seemed like there was a lot of experimentation and fair amount of spontaneity/improv to the performance which at times was rocky, but usually managed to satisfy.

I thought the group was at it's best in when it went into a raw psychedelic rock/jazz/reggae romp. When they put it all together they had the right musical synergy of spirituality, energy, and emotion to blow roof off. It seemed obvious to me that the band, Aaron Dugan (guitar), Josh Werner (bass), and Jonah David (drums) was made up of individually accomplished musicians. They all had extended solo's including Matisyahu with a mindblowing human beat box. I thought the beatbox and the drum solo's were particularly impressive.

Besides King without a Crown, other songs that stood out were Warrior, Chop'em Down, Exaltation, and a couple others who's titles I don't know.

What I appreciated about the show was both the commitment to spirituality and innovative musicianship. Here is his upcoming concert schedule, it you have a chance Matisyahu is worth a look. 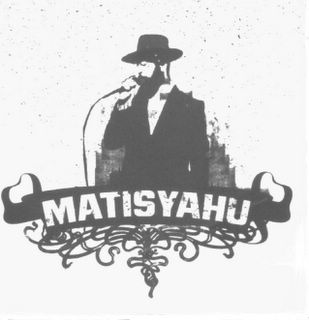 
To which race of Middle Earth do you belong?
brought to you by Quizilla
Posted by Basspastor at 11:47 PM 0 comments

This is a fishing story from the blog Running on Coffee: (Click on title or go to Bass Pundit Preach for the whole story)

The Fishing Lesson
My grandfather fought in two wars in his time in the Army, WW2 and Korea. He was wounded 5 times between the two wars. He held the Purple Heart and the Bronze Star. I want to share something my sister wrote shortly after our grandfather passed away last year. With Veteran's Day approaching, I thought it appropriate.

The Fishing Lesson:
I could never figure out as a child why my grandfather loved fishing so much. It was fun to go with him as a kid every now and then, but I could never understand why he went day after day. It wasnt until I went fishing with him last April that I finally knew...

I have no muse

therefore I bloggeth not. Sorry if you are one of the few that are regulars.

I will be with you again
U2 New Years Day
Posted by Basspastor at 10:22 PM 0 comments