All night walleye fishing on ML must have tired me out cause I slept in till 5PM. I didn't get out onto Platte until right around 7PM. It was a beautiful mild calm night after a day that had been sunny and in the 70's with light wind. Because it was so late I elected to fish out front on the trolling motor from our place towards Jenny's.

Within my first couple of casts I had a hit on an all white Strike King Spinnerbait right in front of our jerk neighbor Sherman's dock. 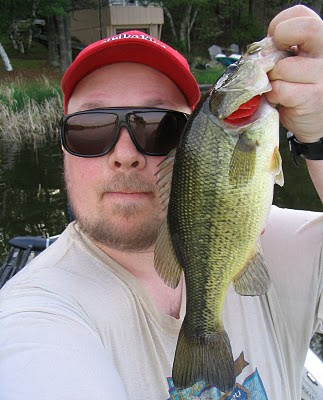 Sure it wasn't a walleye or pike, but I didn't care; It was a fish and I was no longer skunked. A few minutes later I was burning in a all chartreuse Strike King Spinnerbait that got slashed at and finally hit by a pike. I got the fish to the boat, but it got off. I got over towards the big reed bed and missed a hit on the spinnerbait because the fish hit just as I was pausing the lure. I moved closer to shore and got this 15.5" bass around a small lily pad cluster on a purple Berkley Frenzy Popper. 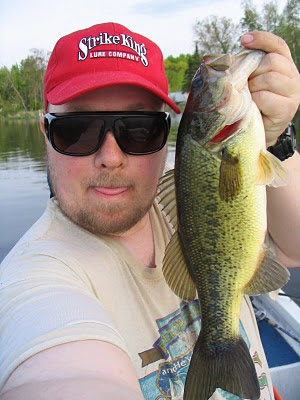 The next fish was also a bass caught on a char/white white grub Monsoor Swim Jig.

I cast the Frenzy Popper into an area with a bunch of old reed stalks and had a small pike take a run at it but it didn't hook up. A little farther down the line I caught a couple more bass and missed a couple on the Frenzy Popper.

I made a cast up by some standing reeds near shore with the Frenzy Popper and this 23" pike took it out. 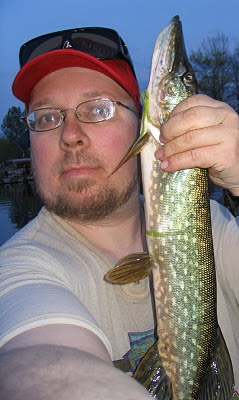 The fish put up a good fight.

I think I missed one more bite and that was it.

Conditions being what they were, I would have expected more fish but for some reason the pike just didn't seem to be around.
Posted by Basspastor at 11:06 PM