Once again today I was up early to get it AWWWWWWWWWWWWWWNNN. I started fishing by 6AM and didn't come off the water until nearly 4PM. It was overcast the whole time, starting with a somewhat light SE breeze that switched around to the SW and picked up to about 10mph. The action was slow but steady and I pretty much caught a few fish everywhere I went.

I tried to start out with a little topwater but that didn't happen. Then I tried some docks and that really didn't happen either. My first fish of the morning was a pike. I got my first bass shallow in between a dock and this 12 inch fish was quickly followed with a 14" and both fell to a Zoom Super Fluke. 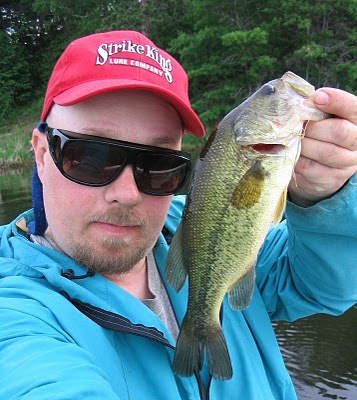 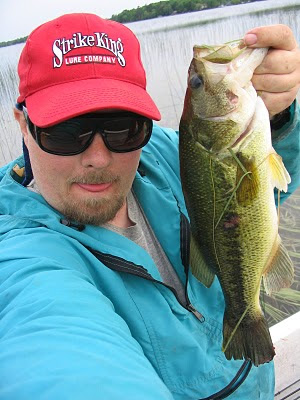 I worked the rice and reeds some more but only got another pike to show for it. 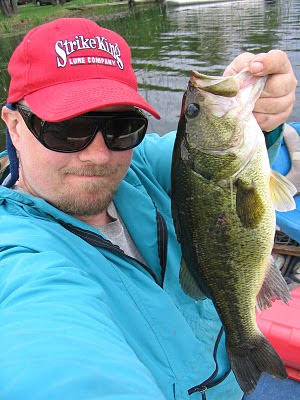 My next stop was somewhere I have almost never fished which is the reeds on SE side of the big Island. Someone told me they saw lots of bass beds there last year and I thought I would check it out. I got 15" on my very first cast with a Zoom Super Fluke. I popped a few more bass fluking the reeds.

After that I headed to more reeds, ones that were in the wind on the North Side of Plattes Big Central Bay. I control drifted with the wind and took several passes. The first was with a blue/pink Monsoor Swim Jig with pink 5" Action Plastic Mag Grub and I got a pike and little bass on this. Next pass I used a char/wht Monsoor Swim Jig with pearl 5" Action Plastic Mag Grub and I got a couple of pike and a nice bass. I started the next pass with a blk/blue Strike King Pure Poison Chatterjig but aborted that about a quarter of the way into the pass for spinnerbaits. I caught a good pike on a wht Strike King Burner Spinnerbait and got another good one but as I was lifting it into the boat the fish shook violently and opened up my Norman Speed Clip and just like that the spinnerbait was gone. I put on a sexy shad Strike King Premier Plus Spinnerbait and got a couple of Pike on that.

Next I started working a white spook and had several pike miss it. I got closer to shore and some rice and got a bass. I worked that North shore line with the spook and a Frenzy Popper but that just wasn't happening, so I switched to a Fluke and that disappointingly only gave up 1 fish. I don't know why the bass just weren't loaded in on that North shore. Finally I had enough and headed in.

Heading to Mille Lacs to see if I can't shore fish me some Smallies.
Posted by Basspastor at 6:18 PM