Yesterday Pete found out that Eddy's is offering a good deal 7 days a week on their morning fishing launch trips; Cost is just $20 per person, normal launch price is $35. Pete and I made reservations and Dad decided he wanted to come along as well. It turned out the 2 others that were supposed to go on the launch didn't show, so it was just us 3 and the captain. 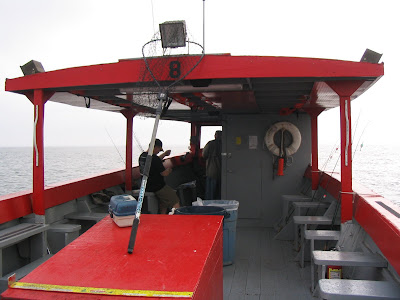 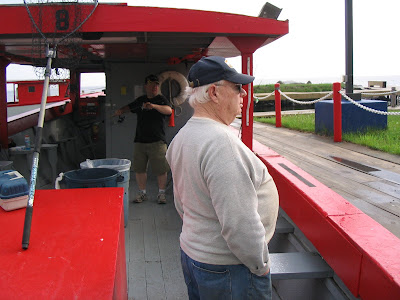 We started out corking over towards Rocky Reef, but that was mostly done to give our Captain Tom the time to rig up rods for drift fishing. When Tom has only a few people on the launch and wind conditions are right he likes to take the customers drifting. While we were bobbered I did have a fish mouthing my leech but it never took the bobber down for more than a few seconds. After about a half hour of that it was time to drift and we headed towards Spirit Island.

On the very first drift I missed a bite and then caught this 15" keeper. 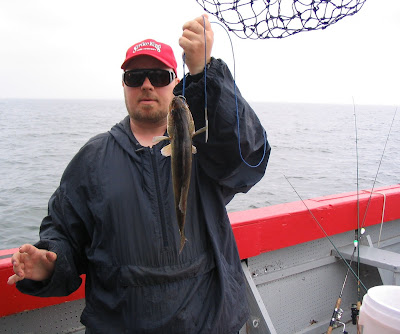 On the second drift I caught a 2nd keeper which Tom has with the first on the stringer and Dad got a 22". 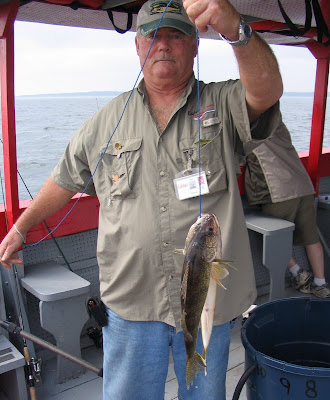 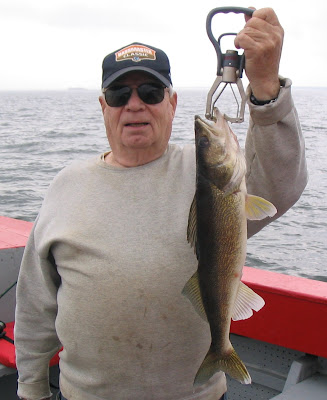 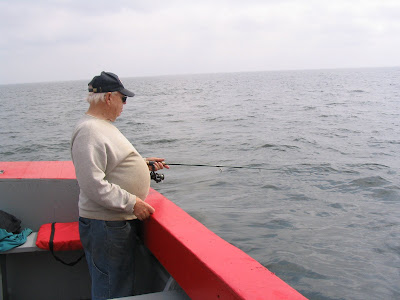 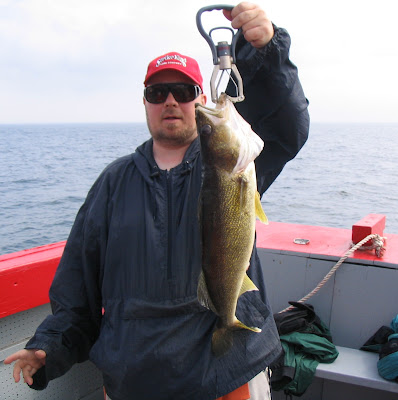 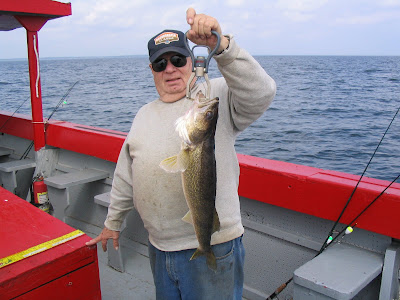 On our second to last drift Tom caught a big rock that we thought was a fish and Dad and I missed bites. Our last drift came up empty, but I might have had a bite. Pete got skunked.

Don's Dock
At about 8PM Pete and I headed to Don W. for some dock fishing. Pete likes to visit with Don and I don't have to deal with the boat, so it's a win/win. I had a pike jump me off on a swim jig and I got 3 crappies and lots of bites on a Panfish Chatterbait. Pete caught some small sunfish and Don got a couple crappies and sunfish.
Posted by Basspastor at 11:44 PM