Let's say we call a hardbait that has caught over 100 bass a Hall of Famer. What are your HOF lures?

Here are pictures of a couple of mine: 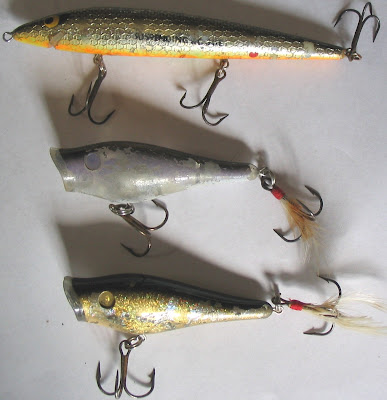 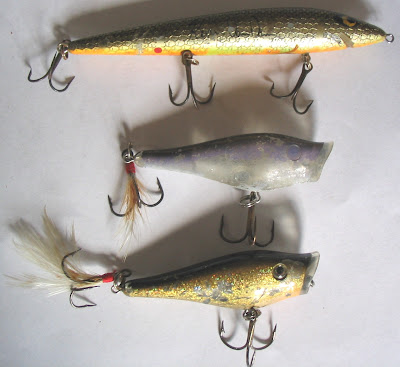 Actually the gold Rogue wouldn't be a Hall of Famer because I don't think it caught anywhere near 100 fish before the lip broke, but it was a productive bait.

Here is what I wrote in the thread:
Interesting topic

For a single hardbait lure here in the North county I would say it's pretty rare to get 100 or more fish on the same lure because a pike or muskie will steal it before you seriously rack up the numbers.

Berkley Frenzy Popper
Rapala Husky Jerk
Rapala X-Rap
Bomber 7A
Cotton Cordell Spot
Mann's Minus One's (all 3 sizes combined I should be well over 100 fish)
So what are your Hall of Fame Hardbaits?
Posted by Basspastor at 1:29 AM

PS: I love baits with battle scars like your frenzy poppers.