Mille Lacs in the early Afternoon

I had to pick up pills in Onamia today and it was overcast with a SE wind so I thought Eddy's Jetty might be worth a shot for walter. I arrived at Eddy's around 11AM and the wind just wasn't doing much, but it was over cast. A breeze started up and it started to rain and then out of nowhere there were gail force winds out of the SE. I got a bad tangle in my line that was unfix-able in the wind, plus it got so windy it was unfish-able. I went to Reeds to get new line for the reel and I figured by the time I was done with that the wind might settle down some and it did.

When I arrived at Eddy's again around 12:30PM conditions were perfect. 10MPH SE wind with rollers coming in and the water was all stirred up from the heavy winds and it was overcast. My first bite was this perch. 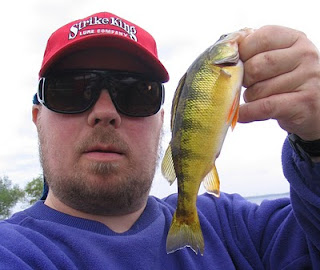 I got a few more bites but didn't hook up until my bobber shot down and I set the hook into this 24" walleye. 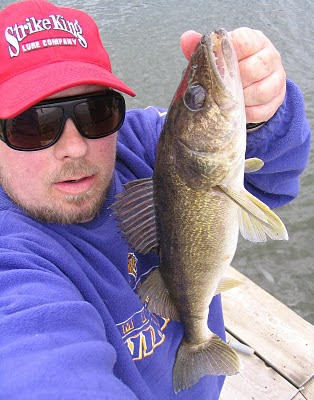 I thought the fishing was probably going to be pretty good, but unfortunately the conditions slowly deteriorated with the wind going down, the sun coming out, and the water clearing up. I got a couple of more perch and a few bites, but I doubt they were walleyes.
Posted by Basspastor at 5:49 PM