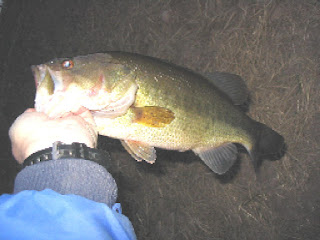 Today I took a morning trip to the GOMH and all I could catch was several jumpin bullheads and a toothy bullhead. 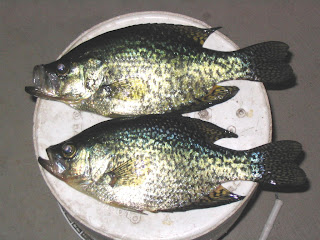 I headed out a little before 5 tonight and hit Rock lake first. The "Rock Dock" was put in today but the SE wind was just to much and I didn't catch anything. I was at the GOMH by 5:30.

I started out using the 1/8 Storm Wildeye Swimbait in baby bass and that is what I caught all my fish on. I ended up with 10 mostly small jumpin bullheads and the two nice sized silver bullheads pictured. The action for everything seemed to be better on SE side and I was on the SW side, but I kind of stunk up the joint. A guy with his two teenage sons joined me on the SW side as it was getting dark and they started catching bullheads while I was not getting any bites from the exact same water. I tried down sizing the Custom Jigs Glow Demon, but that didn't help. It was getting quite dark and there was no point in my fishing and not catching so I left.

Today it was around 80 degrees and that brought the people out, including "Pallet Guy" and his son and nephew. John W. and his 2 girls. and most importantly the first Grumpy Old Man sighting of the season; Sure enough Willard showed up. There were at least 7 people fishing the South side of the GOMH when I left.

Also of interest, there was a mild isolated thunderstorm that popped up around 8PM. I think this storm actually morphed into a severe storm by the time it reached the North end of Mille Lacs lake.
Posted by Basspastor at 10:40 PM