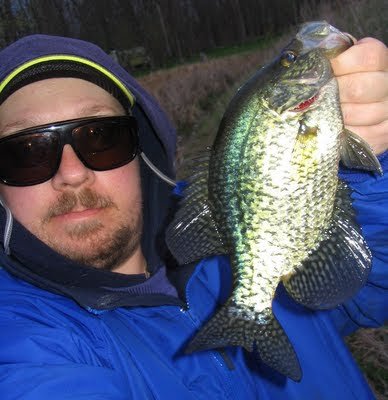 Last Night I fished at the GOMH from 7:30-10PM. Weather was cool and cloudy with moderate wind out of the NW.

I started out fishing on the bridge with GOM Bud. Bucketman was there on the SW side as were a couple of other people I recognized. The SE side was filled with people I didn't know. The action was pretty steady. I used a plain leadhead panfish tube jig head with a minnow. I got a silver bullhead and two jumpin bullheads while on the bride.

Around 8:15PM everybody that was on the SW side left so I went down there. I was catching a few silvers and then I stared missing a bunch when GOM Willard came down to talk. Eventually Bud left with 9 silvers, 4 of which I gave him. John W. showed up and started nailing fish right away. I started giving him the one's that I caught. Eventually Lantern Man and a friend of his showed up. Lantern Man was once again up in arms about the GOMH being on the Internet. The friend had bow fished some dogfish at the bridge North of Shakopee Lake. Interesting. When I left at 10PM I had caught a total of 10 silvers with 1 of them being a dink.

This morning I got to the GOMH a bit later than I should have at around 6AM. John W was there and said he had caught 10 but only 3 were keepers. He was on the SW side so I went to the SE side. I proceeded to go through my last 6 minnows without catching a thing. The fish were real finicky and would often take it down for a second let go and not come back. When the minnows were gone I switched to a beetle spin and got several jumpin bullheads including an 18" and another real fat one that I didn't measure that was in the 17" class.

I left at 8AM and stopped to get more minnows at Bear Traxx, they didn't have bigger leeches in yet/
Posted by Basspastor at 9:00 PM