Bullheads- No Kidding Around!

Weather: We had thunderstorms in the morning or I would have gone out. The rain quit about 8:30AM. The day was cloudy, breezy, and mild with a high of 63°F.

After a feast of silver bullhead for supper I headed out and arrived at the Grumpy Old Man Hole around 7:30PM. No surprise it was busy. Bud, the foul mouthed Grumpy Old Man was there, along with "Bucket Man" who now sits in a chair, a new guy this year who I'll call Turkey with his kid, and then there were several others fishing as well. I set up next to GOM Bud up on the bridge South side. Silver bullheads were coming in everywhere sporadically and after about 10 minutes I got my first and gave it to Bud. 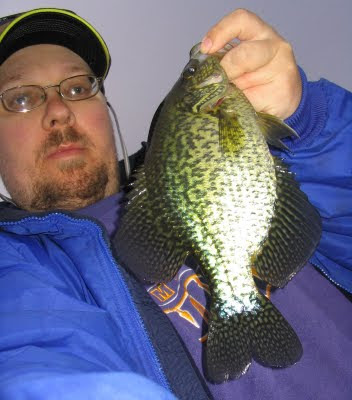 I would give him a total of 3 and also get a 14" bullhead from the bridge. Around 7:50PM Grumpy Old Man Willard showed up. Round about 8:30PM Turkey and son left, so I went down on the SW side were they were. That turned out to be a bad move as I couldn't figure the fish out. Bucket Man filled his limit and I caught a little silver and missed one. Bud managed to fill out his limit up on the bridge. Some other young guys fished the South side of the bridge and got a couple of silvers and jumpers. The people on the SE side were getting fish, but by 9PM it was pretty much just me and Willard and those young guys who were now fishing the North side. Willard suggested I go to the SE side, so I went and tried that. Willard told me that GOM Lee Ander can't drive anymore because of his eye sight and it isn't very likely that he will fish at the GOMH anymore.

After about 5 minutes on the SE side I got a nice silver bullhead. Willard almost took it, but it went back in the lake. Willard left shortly after that. I started nailing a few silvers including this 12.25" fish. Around 10PM the action slowed, but I did catch a bullhead. Yes a real live bullhead. 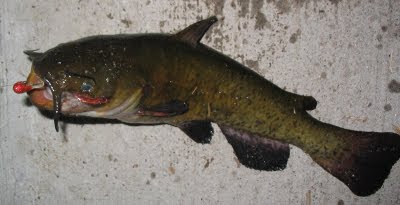 All in all I got
11 Silver Bullhead
1 Jumpin Bullhead
1 Yellow Bullhead
Posted by Basspastor at 11:57 PM