A Bit of Frustration 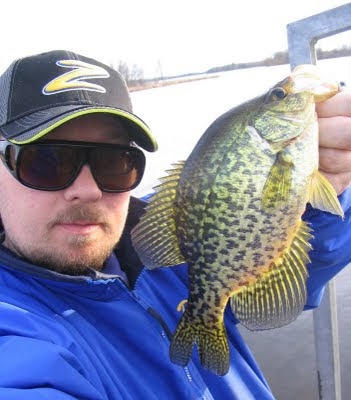 Weather: Nicest day in a while, high of 67 with sun and little wind.

Today was the day the fish made the big move into the Grumpy Old Man Hole. Unfortunately it was also the day other fishermen showed up to fish it. I headed out the door early today around 6PM and there were quite a few trucks parked as well as 2 boats. One of the boats was sitting right by shore on the SE side of the bridge. I got out of the car to do a little recon and the people were slamming the silver bullheads in one little spot just out from the bridge on the SW side. A couple of old guys could just drop there line down straight from the bridge and they were right in the spot. A guy on the SW side stairs was fishing out and to the west of the stairs and catching orange bullheads. I overheard the guys in the boat at the bridge say they only had two more to go to get their limit, so I quickly went to the car and got set up on the SE side where no one was. Within 15 minutes the boat left. I was able to cast in to where some fish should have been but it was mighty slow for me. I probably should have started experimenting with stuff, but I just stayed with the pink Cubby and a Minnow. I think one of the old guys on the bridge was using waxies and the other guy said he was just using a tube. A third old guy on the bridge had minnows and wasn't doing as well but he was like me and not quite on the spot. I eventually did pop a couple of nice silver bullheads. Two of the old guys up on the bridge got their limits and left. It had kind of slowed down at that point.

The last old guy remarked that it had gotten slow and I said well there were 4 limits just taken out of here and the guy fishing the SW side said there were 3 limits on top of that gotten by people who were there before I arrived. Sheesh!

I would say it was around 7PM when blog reader Mike B. showed up. He had been fishing Little Whitefish and dropped by to see if I was fishing. We talked for a while and I didn't fish. Eventually he went up to his boat to get a rod and I started throwing a beetle spin around. I started catching some small jumpin bullheads on that. Mike hooked into a dogfish but before he could get it on shore it broke his 4lb test line.

Eventually I switched back to the Cubby and Minnow and started getting some silver bullheads. Mike caught some jumpin bullheads and silver bullheads which he gave to me. The guy on the SW side left but was quickly replaced by 3 young guys. Eventually the old guy on the bridge left and kid took up that spot. I got a few silvers and missed some bites. The kid on the bridge started whacking them and the guys on the SW side got into them pretty good. As it got later it seemed like there were at least a few silvers spread out. I ended up throwing a couple of 10 inchers back, hoping for bigger.

Mike left about 9PM and so did the kid. The guys on the SW side kept catching them pretty steady while I just couldn't get anything to go with lighted bobber with the Glow Demon and a minnow. Once those guys left I went to the SW side and got 1 that I kept and that was it. I left around 10:15PM.

Seriously, I got smoked by the other fishermen. This was my haul (2 of the fish came from Mike): 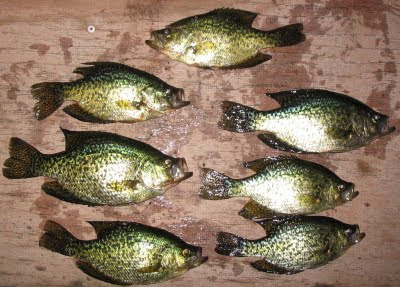 Think I might hit it at first light tomorrow and see if I can't put on a whackfest. Should be crowded tomorrow night seeing how it's the weekend and fish are in.
Posted by Basspastor at 11:56 PM