Weather: Early this morning it was in the low 40's and rained/showered from 1AM to about 9AM; We got maybe a quarter inch. After that the day was partly cloudy giving way to sun occasionally and 60°F was the high.

I headed out of the house after 7PM and was fishing by 7:30PM. When I arrived Lantern Man. and his brother in law were fishing one on the SE (LM) and the other on the SW. I moved my stuff by LM and went to fish to the East of him in the rough. 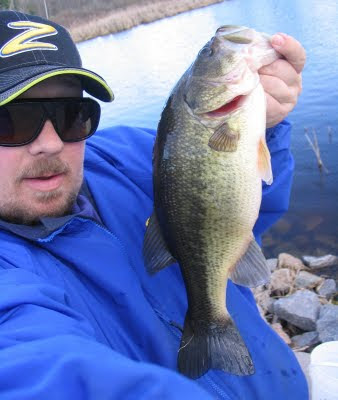 First bullhead of the night was this 16.25" jumper on the black/red Pit Boss. After about 15 more minutes I moved next to LM on the steps and tried the pink Cubby with a minnow. LM's BIL went to the North side, so I went over the SW side. I had the bobber pulled down twice in the same spot but couldn't hook up. I switched to the beetle spin and banged a toothy bullhead. Shortly after that GOM Bud aka the foul mouth GOM, showed up. 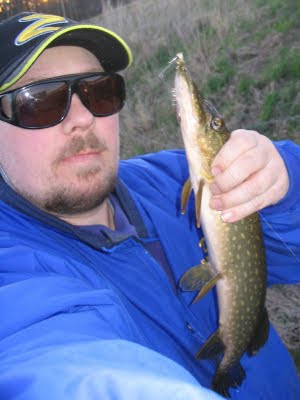 We had more visitors watching for a while, but they left as nothing was going on. Eventually I switched back to the Cubby and Minnow and was in the vicinity where I had gotten all the bites when my bobber went down and I pulled in an 11" silver bullhead. 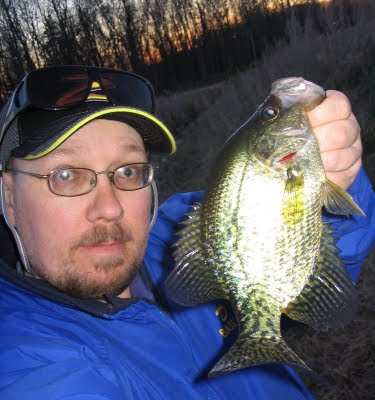 As it was getting to be bullhead prime time I stuck with the Cubby until it was quite dark. I was just about to switch to the lighted bobber when I got a bite right next to the rocks. It put up a good fight and I knew it was no silver bullhead. I had to get my headlamp on while fighting the fish and once I did I was able to see a golden bullhead. That's right I got a Bullhead Slam! 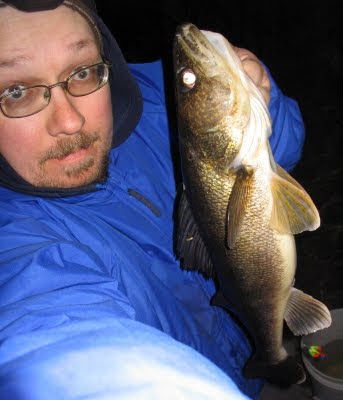 The GB went 21" and because they are not open until the 14th, it went back in the lake.

I stayed until almost 10PM and on my very last cast I got a 10" silver bullhead that was sitting right where the golden bullhead was caught. This one was caught on a Glow Demon.
Posted by Basspastor at 11:55 PM