If I would have taken pictures this morning the driveway surface would have been all white thanks to the 1/4 inch of snow last night. I figured it would be all gone by later in the day and as you can see in the pics. I was right.

Spring Note-Smokey aka Meow Meow our cat murdered Alvin today. It was the cats first "large" kill of the year. Kitty doesn't seem to be much of a bird killer, but if it's furry on 4 legs an 1/3 the size of our cat or smaller it's in trouble.

BTW-The dog is Lilah who is fearless and foolish. If she wasn't on a leash she would run off and probably start chasing cars. She's a bit of a spaz and used to bolt out of the house given the chance, but for the most part she is broken of that behaviour and now sits and waits for her leash to be put on to go outside. 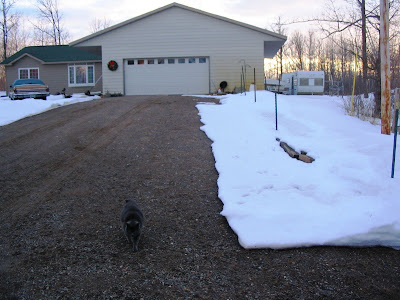 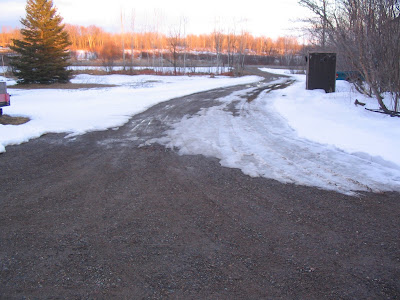 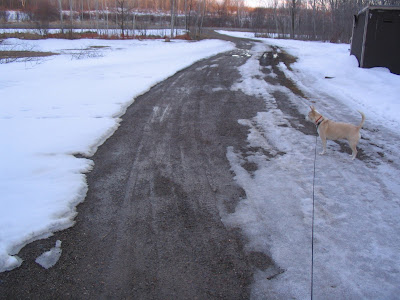 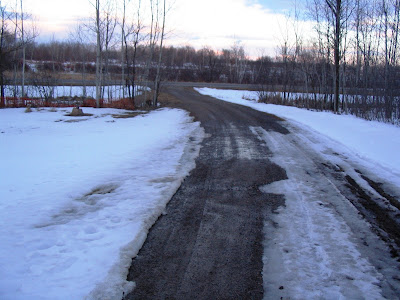 Email ThisBlogThis!Share to TwitterShare to FacebookShare to Pinterest
Labels: Dogs, Family, Smokey, weather, When Will I See My Driveway?