Today I headed out to the Grumpy Old Man Hole early because I wanted to watch Survivor and I had to tape American Idol. It was in the low 50's with sun and about a 10mph breeze out of the North. I got out around 3PM and fished to about 6:30. No luck on the bullheads. However I got multiple close up looks at Loons. A couple of times they came up right by my bobber. In addition to the loons were various ducks including hooded mergansers and some kind of tiny diving duck. The Loons seemed to be fishing as they didn't spend much time on the surface before diving again. Various Loons must have swam under water under the bridge about 8-10 times. I also saw a mature bald Eagle, another large raptor, maybe an Osprey, some kind of hawk, and some seagulls. Remarkably enough no red wing black birds have set up shop in the GOMH area yet.

Here is a Loon on the Platte side: 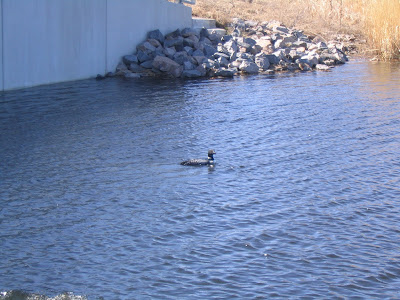 This shot was a Loon close up that was just a little late: 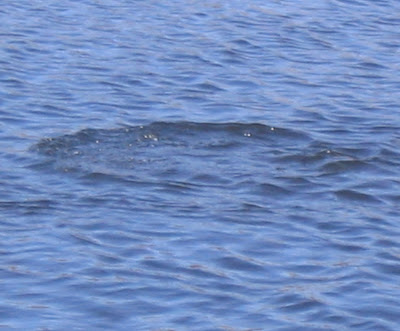 Here you can get a pretty good idea of just how much open water is on the South end of Platte Lake. Open to the small Island and about 1/3 of Channel in Bay. I would say the area of open water doubled from yesterday. 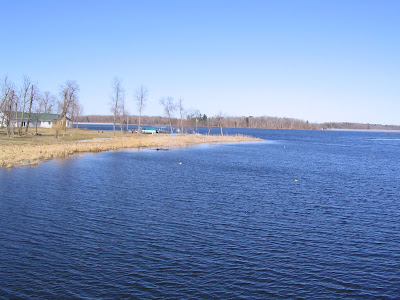 (Click Pictures to Enlarge)
On the Sullivan side the Platte River Outlet Bay is almost totally wide open.
Posted by Basspastor at 9:07 PM