I slept in today and had to pick up pills in Onamia, so I figured I would hit up Eddy's Jetty and Cemetery Jetty. I think I arrived at Eddy's at about 6:15PM and I went right to were I caught the smallies on Sunday, the corner of the North Jetty. The wind was blowing in again at about 8MPH out of the NW, pretty much the same as Sunday night. I started off throwing a wht/chart with wht&chart willow blade 3/16oz Strike King Spinnerbait. On about the 10th cast it was "Fish On!!!". 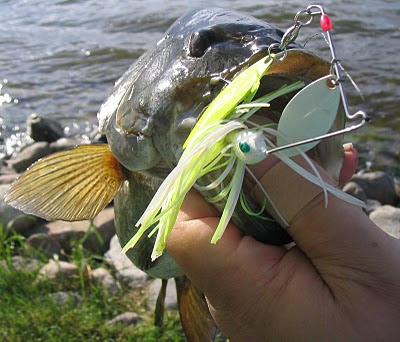 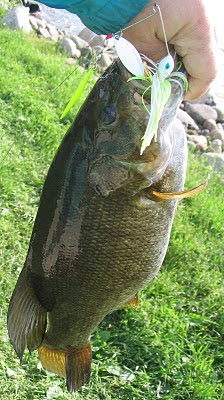 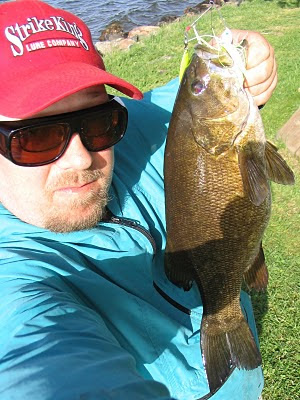 A few casts later I hooked up with a 15.25" smallie that was bleeding like crazy when I got it in even though the hook was in the side of it's mouth. I got it back in the water ASAP and didn't take any pictures of the fish. On the very next cast I brought in this 16" fish. 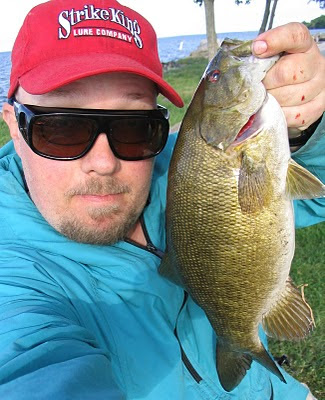 A few casts later I nailed this 18" fish. 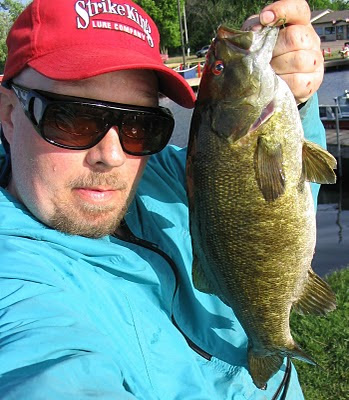 The fish stopped biting and so I tried 2 different swim jigs, a blk/blue Strike King Pure Poison Chatterjig, a wht Rapala Subwalk which got a hit but it didn't hook up, a old school Berkley Frenzy Jerkbait, a wht Lucky Craft Pointer 100, a Storm Kickin' Stick Swimbait, and a Strike King Sexy Swimmer Swimbait and back to the spinnerbait without success, so I headed off to the South Jetty.

Went through a bunch of stuff at the South Jetty and didn't get a hit, so I went back to the North Jetty corner with the spinnerbait and got this 17.5" 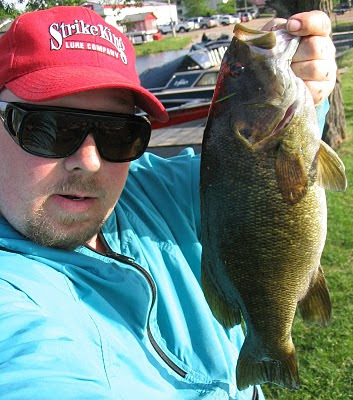 It was after 7:30PM and the wind had picked up, so I decided to head off to the Cemetery Jetty. Much to my surprise I didn't get any wood ticks crawling on me on the walk out to the tip of the Jetty. I also didn't get a single bite. Didn't get any ticks on my trip back to the car.

I went back to Eddy's but the wind was blowing about 12MPH almost straight in out of the East. I tried a bunch of things but didn't get a hit. I decided to start trying for walleyes after the sun had set, but I started getting wet from the waves crashing in and so I called it quits.
Posted by Basspastor at 11:08 PM