The Call's Front Man Michael Been Has Passed Away. 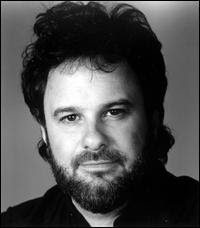 I first heard the music of the band the Call in 1986 with the release of their album Reconciled. I don't remember if the first song I heard was Everywhere I Go or I Still Believe (Great Design), but either way I was hooked. I was drawn in by Been's spiritual lyrics set to a sound that I thought was fantastic. As I acquired their earlier stuff they became my favorite band. Unfortunately I never did get to see them live. Obviously, no Internet in those days to tell you when and where they would be on tour. The only chance that I know of that I had to see them was when they were opening for the Psychedelic Furs.

If your not familiar with the music it is passionate, spiritual, and at times political. The band certainly went through many phases and each album is unique. The Call was in my mind a great band that just never broke through.

In the mid 90's I kind of lost touch with the band and until the past year I was unaware of Been's 1994 solo album On the Verge of a Nervous Breakthrough and the last Call Studio Album To Heaven and Back. I really like the solo album and wish I had discovered it far earlier as several of the songs are right where I was emotionally in the mid to late 90's.

I was surprised to learn that Michael was 60 years old. I would have thought him to be at least 10 years younger.

This is their song Everywhere I Go from the 1986 album Reconciled:

Posted by Basspastor at 4:02 AM

Email ThisBlogThis!Share to TwitterShare to FacebookShare to Pinterest
Labels: Michael Been, The Call