Jay Yelas, What Happened To Him? 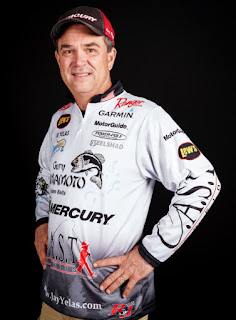 I don't think it wrong to say Jay Yelas was at one time a superstar in the sport.  Classic Champion with multiple Anger of the Year titles, the last of which occurred in 2007.  He has only made the Forrest Wood Cup once in the last five years.  It seems like he rarely even finished in the Top 50 for the last few years.  I see that he accepted an invitation to fish in the Elite Series.  No question the right move for him.  I hope this restarts his career.  He was sinking down into to total irrelevance over at FLW.  Not that total irrelevance is a bad place to be if he's happy with it, but I bet he's not.