Skunked With A Full Moon 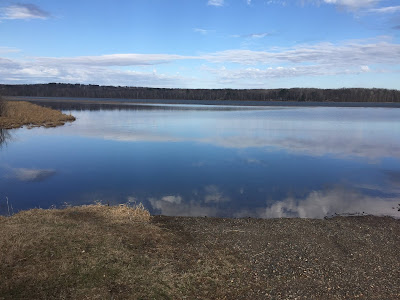 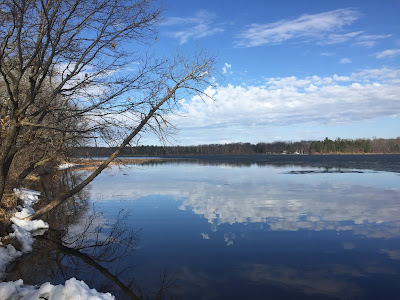 I started at the GOMH.  There was a guy fishing with his kid on the NE side who got there on a side by side.  Before I arrived at the GOMH I went and checked the Platte Lake Access because it looked like there might be open water up that way, but there wasn't.  I guess the open water line was along Channel Inn North Point to about midway to the Southside of the Big Island.  There was some open water beyond the SPSI.  Wheel House Guy showed up as I was packing up.  He hadn't gotten anything on Long.  I dropped something off for Kim.  Rock was fishable, but no fish.  Same for Bulldog.  I headed home at 5:30.

A big muskrat was at Rock, no fish.

There might have been some fish activity just to the South of where I could cast.  I was disappointed that I couldn't draw a bite at Bulldog.  Thought with the sun today I had a decent shot at getting something.  It didn't happen.

The weather forecast is not what I want to see.  Multiple cold cold fronts with high winds.  I'll probably put the boat in the water on Friday although if the lake open up by tomorrow afternoon their is a real outside chance I will dump it in then.  Man I got to start catching some fish.  These skunks are beginning to wear on me. 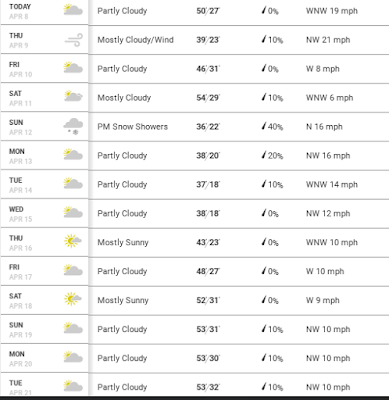 Posted by Basspastor at 4:22 AM