What A Day at the Grumpy Old Man Hole 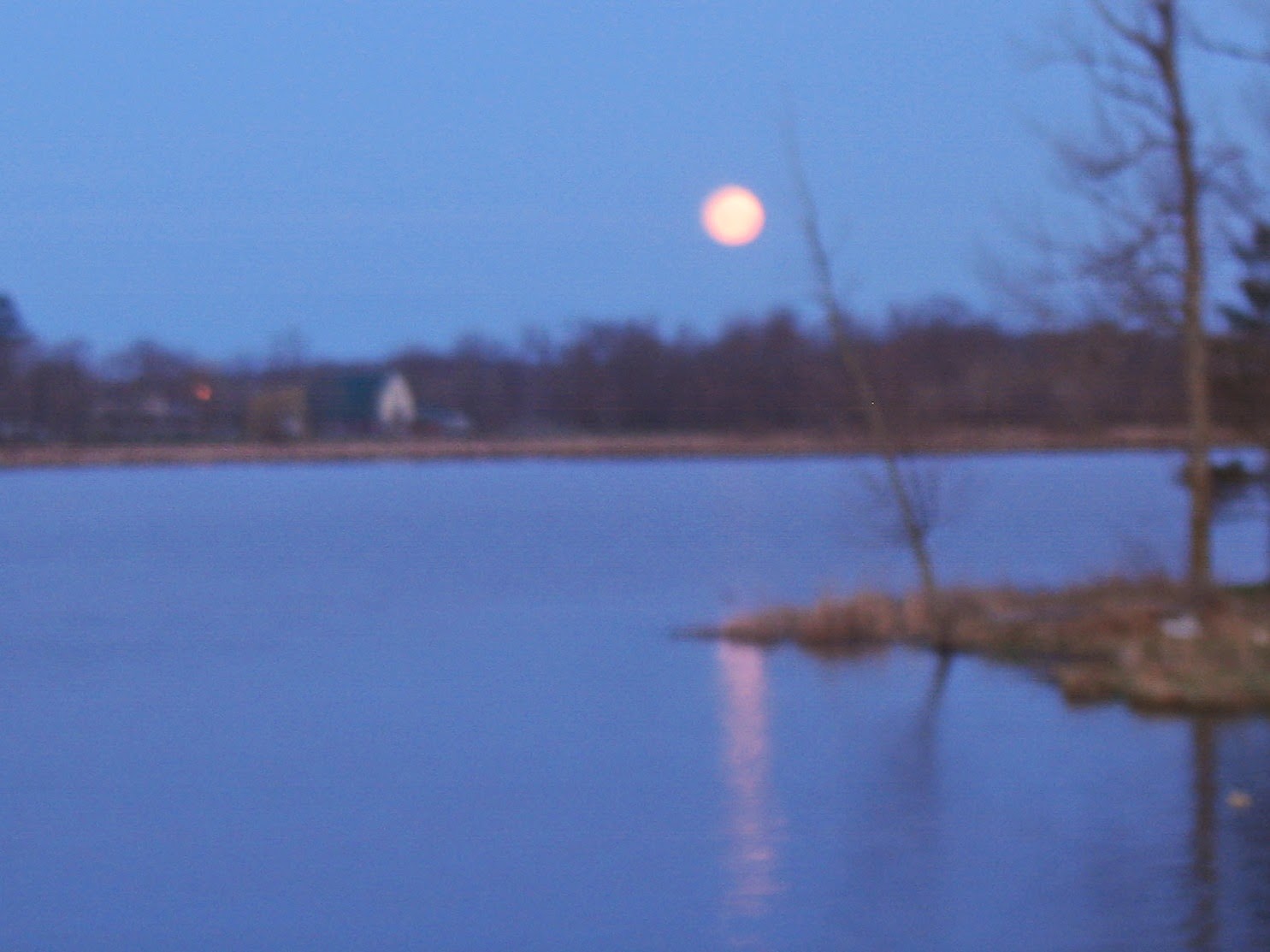 I arrived at the Grumpy Old Man Hole at 5am just in time to see the Moon set and about 20 minutes later the sunrise.  It was a cold morning with temps close to freezing when I arrived.  The fishing was slow but I managed a few bullheads.  These two were the biggest and both were caught on the Powerbait Ripple Shad.

I also caught fish on a Frenzy crankbait and Pure Poison.  I left at 8:30AM

Evening Conditions:  Mostly clear and cool/cold with the wind blowing out of the NW

In the evening I arrived at 8:45PM.  There were a few boats fishing in close on the SW side apparently getting silver bullheads.  The South side had 4 guys fishing it.  I talked to the guy on the bridge fishing for golden bullheads.  All he got were a couple of jumpin' bullheads.  I took a few casts next to him then went to the NE side.  I got a jumpin bullhead fishing on the NE side right away on the swamp gas Grass Pig then it slowed down.  I went up on the bridge and captured the Moon rise. 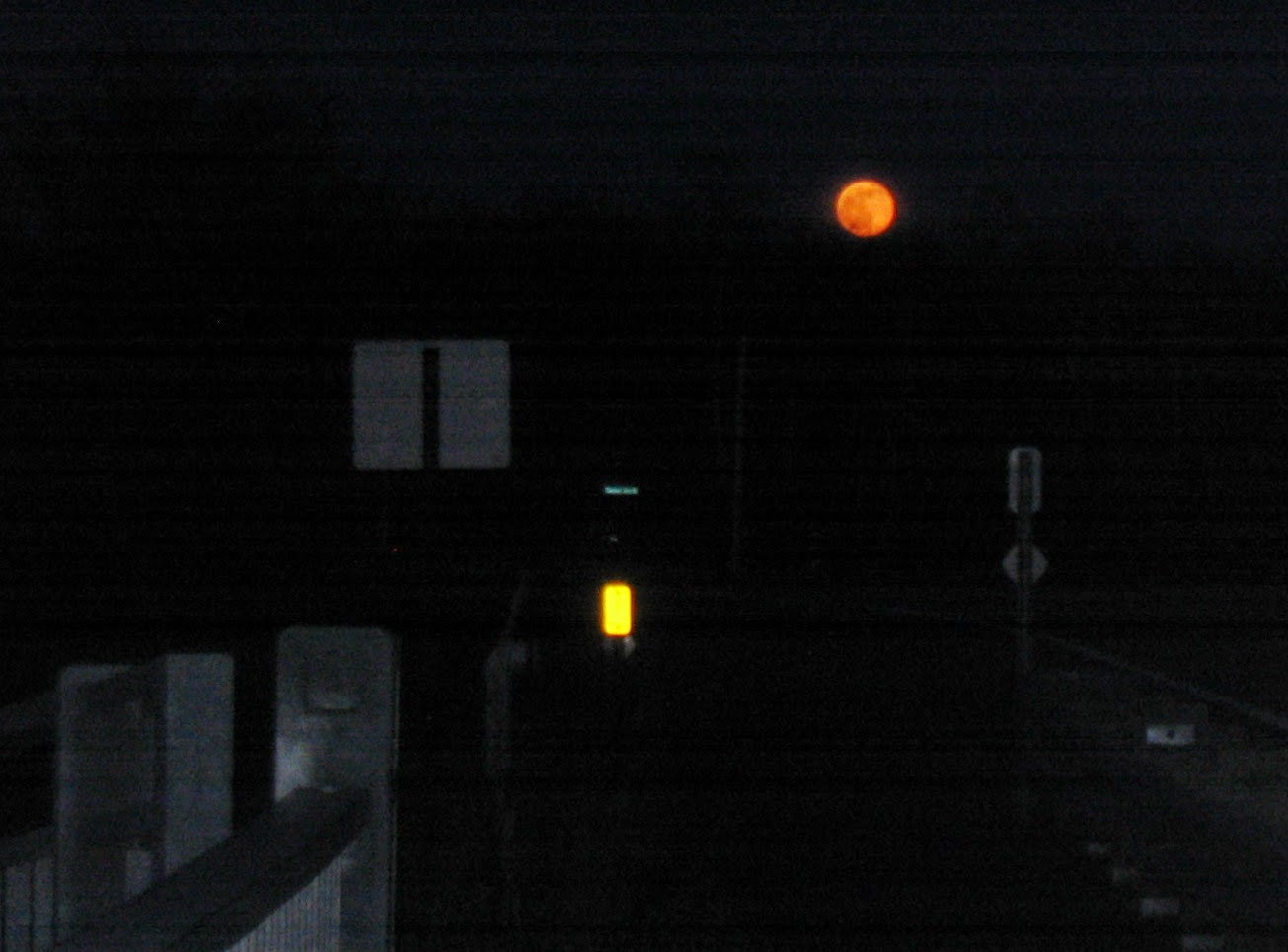 The fish started hitting.  I got 4 more jumpin bullheads on the Grass Pig fishing off the bridge.  After the 4th one I decided to stay down on the NE side where I was landing them when I got hit by a big fish.  It came up and semi jumped so I saw it was a very good jumpin bullhead.  When I got my thumb on it's lip, I was like, "Dang, this IS A Good One! " 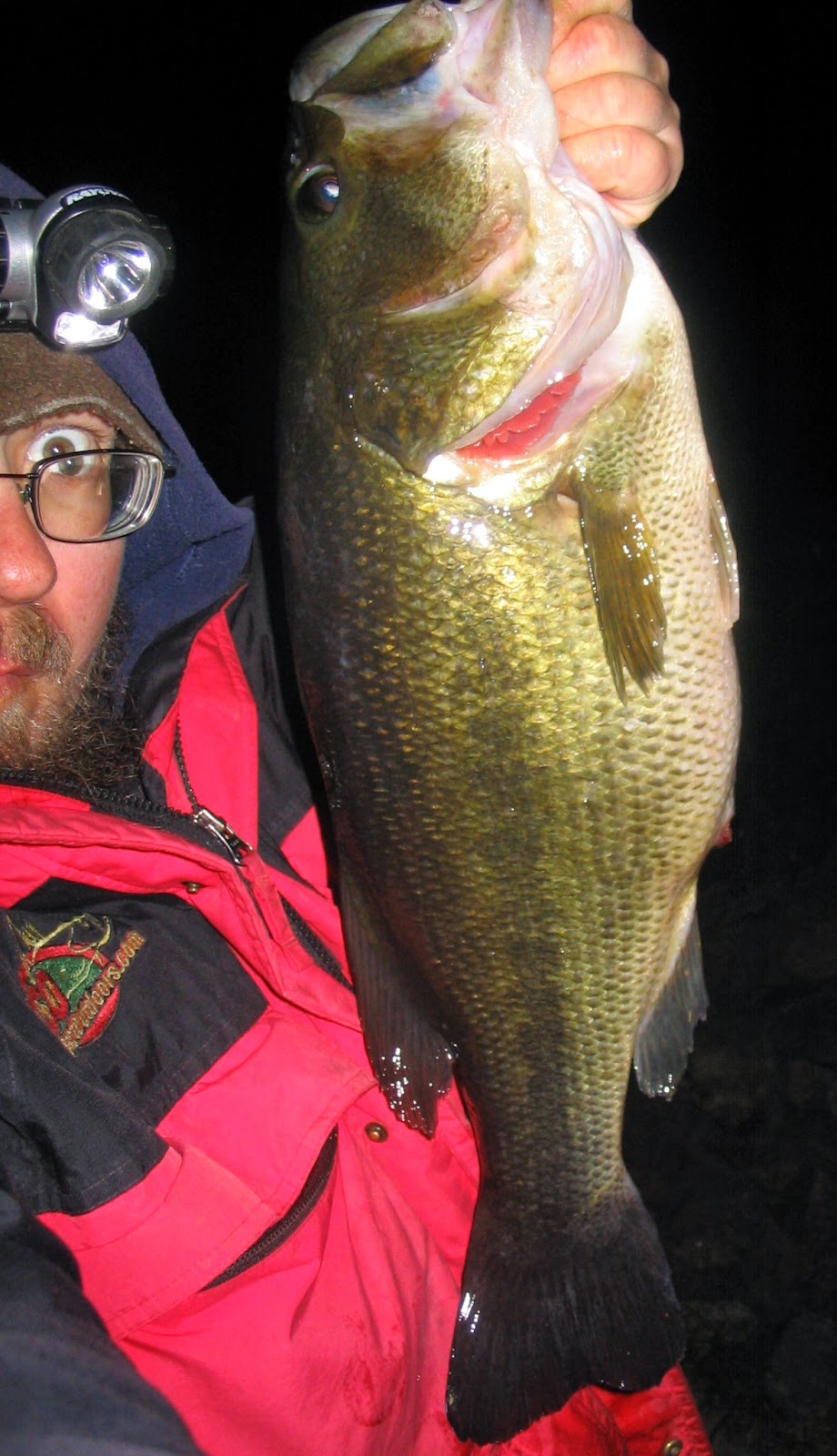 It went just over 21 inches on my Rapala ruler.  I had to go to the car to get my Rapala Spring scale which I am carrying with me this year.  It had her at just over 6.5lbs.  This may very well be my personal best MN bass.  I did catch a 21" out of Platte in 2003 or 2004 that was similar sized but had a gut full of food, not food and eggs.

While I was landing the fish another car with two guys showed up and they went down on the NW side and got a golden bullhead right away.  Not to be out done I got me a golden bullhead and then a toothy bullhead.

At 10pm I decided to call it a night.  Everything was caught on the swamp gas Grass Pig in the evening.
Posted by Basspastor at 12:44 AM