Minnesota Climatology has changed the way they are keeping track of ice out this year, so I'm not going to bother with it.  I will keep track of my area lakes.  Today I first checked Rock which was iced up completely.
I then checked Platte which was pretty much iced up except for the GOMH which had at least 150yards of open water into Sullivan. 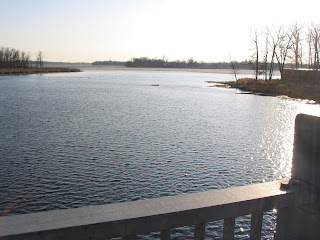 I would say there was 75yards of so into Platte 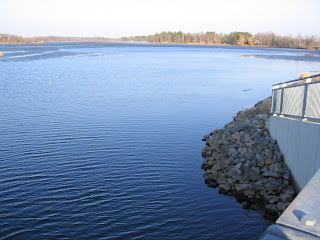 It was so nice I decided to fish. Didn't get anything.  Even though it was breezy it was plenty warm.  Saw geese, ducks, and muskrats.  Beautiful evening!

I am guessing ice out won't be until Wednesday  at the earliest.  Pete is coming up on Tuesday, don't know if fish will be in before he leaves on Friday.  May or may not fish tomorrow as it's supposed to rain, but it will be warm, so I'll probably go.