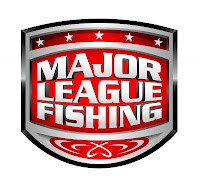 In this one McClelland, KJ, Skeet, Tak, Alton, and Faircloth battled it out.  From the preview to the Episode we knew the Alabama rig was going to play a role.  However, it was hard to know who that would be for as Skeet, Tak, KJ, and Faircloth all started by throwing it in the morning.  Conditions were a bit tougher this round as it was high skies and no wind.  It looked good for Skeet who got along some bluff walls and pulled away for a while.  But when he got to about 26lbs the fish quit and he didn't make any solid adjustments..  McCelland eventually caught up and surpassed Skeet throwing the McStick.  The Kelly Jordan went from last place to 1st and first to get over 40lbs.  McCelland  crossed 40lbs 5 minutes later.  Skeet was first out with 27.25lbs

So it's Van Dam, Ehrler, Jordan, and McCelland in the Final Round next week.

The smart money is on Van Dam, but who knows maybe the Alabama Rig will work again for Kelly J.
Posted by Basspastor at 10:53 AM

I’ve been following and enjoying your blog (BP Preach) for a while now and would like to invite you to visit and perhaps follow me back. Sorry I took so long for the invitation.
Maybe I should move my following status over to this blog.