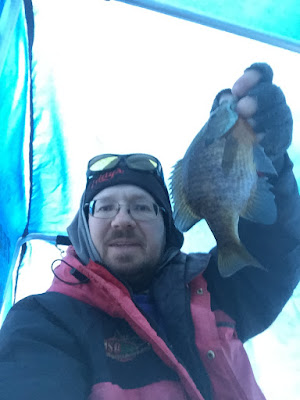 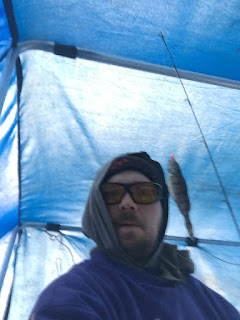 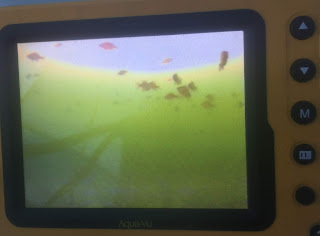 I decided to fish Bulldog Lake today.  I parked at the public access and walked out to the deep hole.  Didn't mark anything.  I decided to give the point on the NE side of the lake a try.  I've never fished there before.  I drilled several holes before I hit paydirt 9' with some coontail on the bottom.   The fish were suspending above the weeds.  Lots of small sunnies and perch, I did get one 8" bluegill.  Eventually, some crappies started swimming through.  A pike made a brief cameo.  I finally drilled a third hole to put a minnow down  As it got dark more crappie came through.  The last fish of the night was a crappie that took a minnow. at 7:50 or so.  That was the only bite on the minnow.  I did hit the deep hole on the way back and didn't see anything.

Posted by Basspastor at 3:34 AM