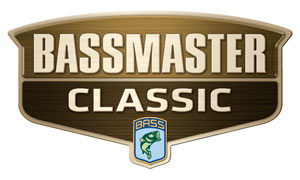 It sounds to me after reading the recaps that Bobby Lane, The  Rooster, and Poche are in a pretty solid position.  I think Ott, Wilks, anc Chris Lane are in a precarious position as that their areas seam to be crowded.  Chris Lane isn't even going to fish the same place today.  I am unsure about Evers and Walker.  But honestly I think it's entirely possible the winner will not even come from Day 1's top 8.  There are just to many good sticks down to about  27th Place with Van Dam that could conceivably put a couple of 20lb bags up.  This thing is still wide open

I must say I enjoyed the War Room stuff on Bassmasters.  I didn't catch much of Bass Zone Wide Open because of it.  It sucks that Bass Zone doesn't have their evening show.

Man, I hope Walker has more than 2 fish.

It looks like they are once again going to show Zona and Sanders instead of the action on the screen.  Oh my they went to the screens for once.  How hard is that producers?

Come on producers go to the SCREENS!!! Morons!!!

Keith Combs pulls a toad, gets 15-1 which is a pound up on Basstrakk.  Has a couple guys in his area.

Swindle pulls out a slob 4 fish for 13-6.  He's hilarious as usual when he doesn't catch'em. Probably makes the cut.

Faircloth pulls a slug and he weighs 18-12, biggest bags so far.

Funny Brent Chapman didn't pull his big fish, guess it wasn't as big as they said.  He got 15-10

Fletcher Shyrock might not make the cut with just under 20lbs

Tim Horton wears the jumpsuit and pulls two pigs out.  He's got a Hula Popper patch.  Does a tribute to the old Pro's.  "NFL's got the throw backs now we do too" He weighed 17-4 out of nowhere as he didn't have anything on Basstrakk.

Poche drops down the to 3rd and falling

Matt McCoy brings in 17lbs.  "I got em in the boat" as to what he did different.

They aren't updating the Live Leaderboard as crisply as yesterday.

Ish took a late penalty due to I think what were KevinWirth's boat problems.  He was not happy about it and throws him under the bus because it is costing him the cut. It was because they held up the lock for him.
Nope it wasn't Wirth,
Update-Turns out is was Wirth

Walker does have a limit for 12-4 puts him into 3rd for now.  "The rumor's of my demise were greatly exaggerated"

Wirth gets emotional about having one more day to fish.

Marty the Party does his dance. Thanks trip for helping him with his dancing at the end.

Chris pulls a toad out and he has 19-4 and he takes 1st, beat Basstrakk by 6lbs. Has a pound on The Rooster

Wow Mr. Horton rubs it in on the LSU fans.

Hackney water fell out on him might not make the cut.

And KVD kicks out Ike.  Tak is last in and Hackney makes it as well.

Doing Hook'd Up with Chris Lane
and the feed cuts in mid interview.

Press Conference to start soon:
Bobby we don't see each other

"Bobby it's a dream come true"

Chris Lane was helped by seeing Matt Reed catch fish, apparently Reed and Lowen are in the same area.
Posted by Basspastor at 12:00 AM