Loons Showed Up Tonight As Did Others 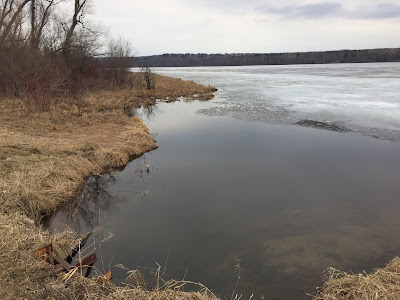 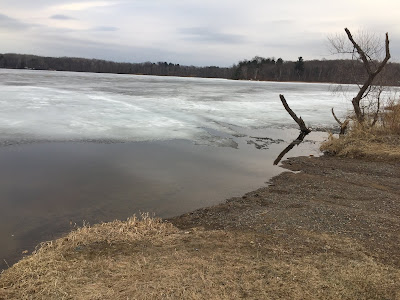 It got warmer than forecast today with temps in the low 60's.  I opened the Tackle Warehouse up today because of it.   I got over to the GOMH around 6:30PM.  The first thing I saw was a loon swimming on the Sullivan side.   Some guy and his old man and little people were checking things out as I was getting ready.  He was hoping there would be open water to a boat access.  I started out on the Platte side, nothing.  I then went to the SW side.  Lantern Man showed up wondering if I had been getting anything yet. Shortly after that John W. showed up with his girlfriend.   I noticed a second loon off in the distance.  A couple of times the loon came up close, but before I could get a picture it was back underwater both times. They stayed until about 7:40 or so.  I ended the night back on the NE side.  No bullheads tonight. Frogs were chirping when I left.  Never heard a loon call.
Posted by Basspastor at 9:51 PM