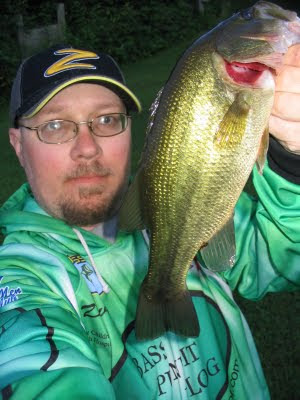 Tonight I headed out a little after 8PM to do some fishing. I was going to stop at the Bulldog access first, but there were people there swimming, so I went to the Holy Family access, which was a bust.