Pete talked me into heading out to fish with Gordy (from the Fishers of Men Fishing Club Twin Cities) today. I think we arrived at Cedar Lake in SW Morrison County a little after 4PM. The lake has fairly clear water water and it was sunny. We fished shallow in some reeds where I got this 13" largie on a big sexy color Mad Maxx frog. 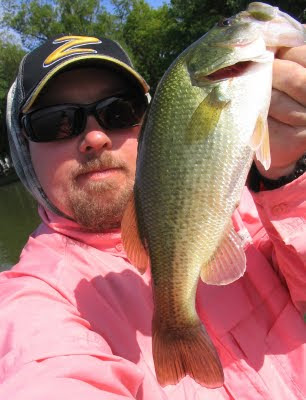 We then fished up shallow along the South shore in the shade of overhanging trees. I made a good cast and was distracted by something. I felt a tug immediately looked up saw my Mad Maxx frog was gone, so I set in this 14"+ fish. 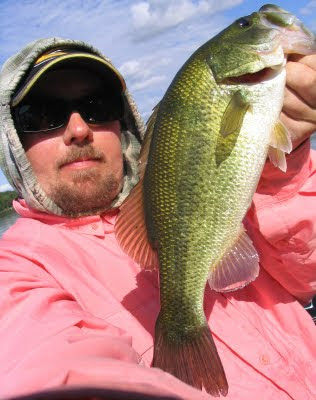 A little ways down we came to a dock where Gordy got 2 bass yesterday and he pulled out this dude on a Senko. 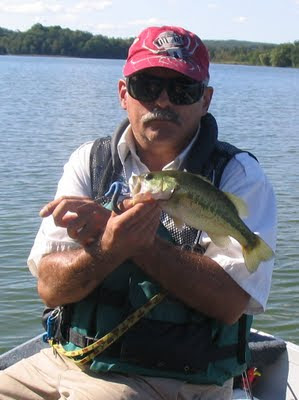 Gordy had a couple more bites but was unable to land the fish. I think I had a fish pick my Crawtube but before I could set it dropped it. Gordy had to go in to head home at about 6PM.