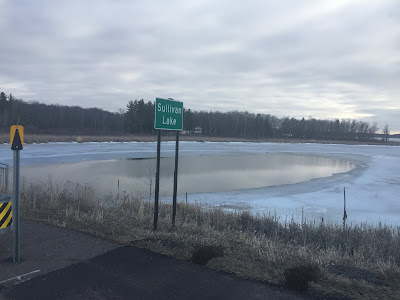 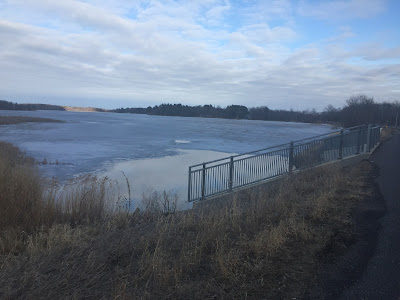 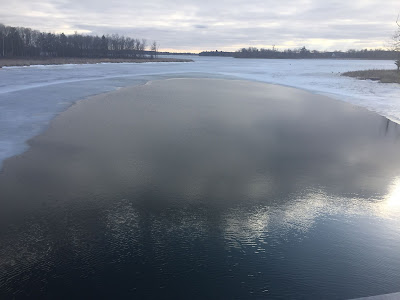 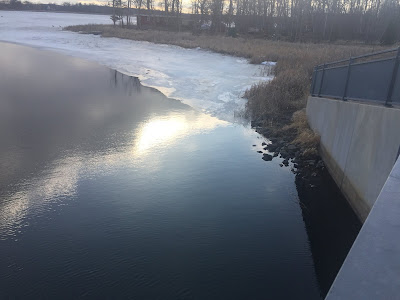 It only got to 34℉ today. Open water expanded, especially in width. As I was standing on the bridge there were a couple of swans over by Eagle Perch Point and another pair out further in the SPRO. From the west along comes an otter beelining toward the farther out swans. As he got closer and swans turned toward the otter I thought they were gonna have a throw down. When the otter got about 15' away. The swans turned tail and flew about 35-yards closer to Eagle Perch Point. The otter just stayed on the same heading and then eventually veered to the open water as an Eagle showed up high toward the East. The otter wanted no part of that eagle and kept up his rapid pace until he reached the water. What a show!
Warm weather starts tomorrow. The average daily high temp reaches 40-degrees tomorrow.