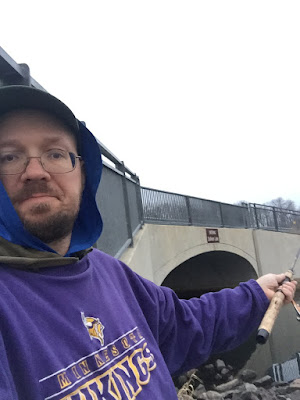 7:00-8:10PM NE SW GOMH
53℉, Cloudy, 3-4mph S
I got to the GOMH, and there was a guy and a lady fishing off the bridges Southside. I went down the NE side. He asked me which side was better. I told him right now it probably doesn't matter much as it would probably be a couple of weeks before anything showed up. But I did say to him that the Southside tends to be the better option. They left at about a quarter of 8. I switched sides. Nothing going on. The water is low, but not as low as last Fall. It is probably going to be a week plus before anything shows up.
Posted by Basspastor at 5:36 PM