This Vikes Fan Was Impressed Even Though We Lost 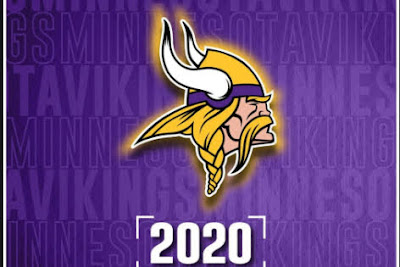 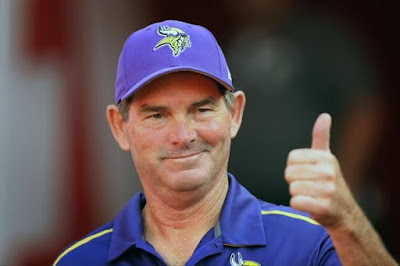 As my last post proves I was pretty down on the Vikes chances vs. Da Bears minus Kendricks. Then I discover both Mack and Hicks were in the line-up for Da Bears. All Trubisky had to be was competent and there is no way the Bears were losing that game. He was more than competent until he threw that pick at the end. The Bears were lucky the time ran out because we had the Bears D on their heels. Had the Vikes had time to run a couple more plays it might have been a different result.

I don't care about what the Kirk haters say, I've been one of them too. Kirk is a pretty darn good QB. He gets punched in the mouth and comes right back. Without all the injuries on D this team would be a top contender to win the Super Bowl. Zimmer has done a fantastic job keeping this team together. Those that think he should be fired are clueless. The D just simply doesn't have the horses for Zim to ride. Losing Kendricks was such a gut punch. I thought the D played with a ton of heart vs. the Bears. They also got beat up pretty good but came up big when it mattered.  Vikes fans that are disappointed after that performance have no clue what they witnessed.  That was a team giving its all to win when they were outmatched on one side of the ball. The Vikes almost scratched and clawed their way to victory. It would not surprise me one bit if the Bears make the playoffs this year. Trubisky is a steaky QB, that Montgomery kid can run, and that Bears D is formidable especially with Hicks healthy.

As for the Vikes, I am proud of the team. I really hope Kendricks is back for the Christmas Day game. I think that the Saints team may be vulnerable on a short week after a game they went all out to win and came up short vs. the Super Bowl champs.  Meanwhile, I think the Vikes have something to prove to themselves. Beating the living daylights out of the Saints, the way they did the Packers the second time they played them this season is a real possibility if Kendricks returns. Without Kendricks, I think Zim beating the Saints will be tough, but not impossible. Like I said, I think the Vikes have something to prove. That makes a Zim team very dangerous.

Posted by Basspastor at 2:26 AM