Conditions- Drizzle/light rain, overcast, 51 degrees, wind dying down pretty much by the time I got to Eddy's Jetty.

Rock, Bulldog, and the GOMH didn't give me a bite.  So as was my plan I headed to Mille Lacs.  Cemetery Jetty is gone, taken out by the DNR.  With the way the wind had been blowing SE all day it was impossible to tell what potential it has.  Wading maybe???  I only threw a few casts.  I shouldn't have worn long johns as after walking out to CJ, I was roasting.

I got to Eddy's and started throwing a D & M Piranha from the center jetty.  I got up on the rocks throwing SE and I thought I had something nip at it.  About 6 casts later the Mojo loaded up at the end of a long cast.  It was a total football pre-spawn smallie. 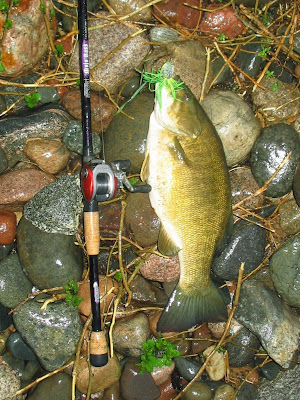 Next I got this one, once again on a long cast. 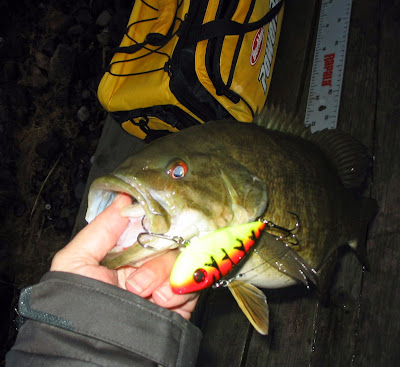 The fish actually fought me into the North harbor, I hooked it out front of the South harbor.

It got dark so I switched to a minnow under a bobber.  I almost got a crawfish from my sinking line.  Sure enough I got a hit and I stuck it. 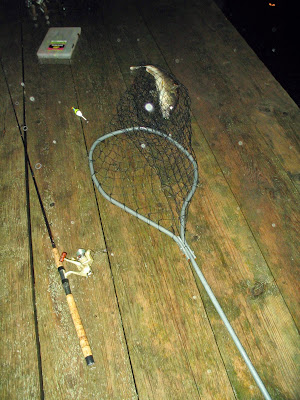 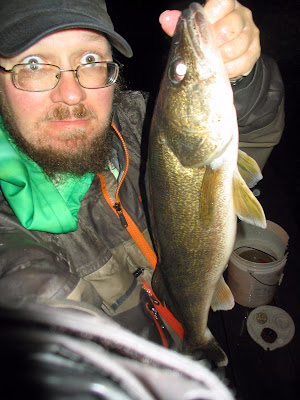 I immediately got a wind knot, so that was it for the minnow.  Didn't get anything on a Grass Pig or Rapala.