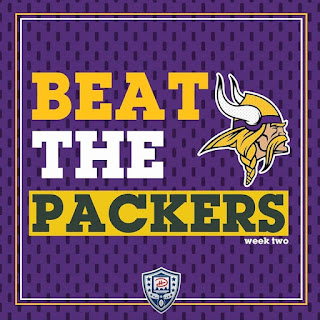 It's Cheese week and I should be exited.  I assume the Rams are going to lose to the 49ers on Saturday thus the Vikes will be assured of a playoff birth as a wildcard.  With the Packers playing the Lions in the final game of the year the chances of the Vikes winning the Division are pretty much nil.  So really the Vikes don't have much to play for this week.  While the Pack is playing for a first-round bye.  It's as if the football gods are once again smiling down on the Packers franchise this year.   If the Vikes do beat Green Bay this week it's only a pyrrhic victory to me unless the Vikes make it farther in the playoffs than the Packers.  The Packers beating the Bears last week took all the wind out of my sails as far as enthusiasm for the Vikes playoff chances.  I suppose my blahs are nothing a Packer beatdown on Monday Night Football wouldn't cure. SKOL!
Posted by Basspastor at 3:43 AM