Vikings Week 15 Outlook: Let The Chips Fall Where They May 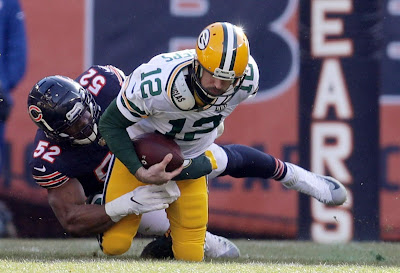 There is a lot on the line this week in the NFC North.  Da Bears play the Cheese in Lambert at noon.  A Pack victory probably means they win the Division and Da Bears would be eliminated from the playoffs.  The Bears seem to have hit their stride and it is my belief that the Pack are pretenders this year.  I think we may see a Bears upset at Lambert.   May it be so.

A Pack loss opens the Door for the Vikes to win the Division provided they can get a victory against the Chargers in L.A. this week.  The Vikes should be able to beat the Chargers if the Vikes play reasonably well on both sides of the ball.  I think the Vikes will do that.

If the Pack do beat the Bears, that isn't the end of the world for the Vikes provided the Vikes don't have an end of the year collapse like they did last year.  The Vikes should make the playoffs and a Pack victory this week most likely means the Vikes will face the Pack in Lambert in the first round of the playoffs. So let the chips fall where they may I think the Vikes have a better team than the Packers.
Posted by Basspastor at 12:34 AM