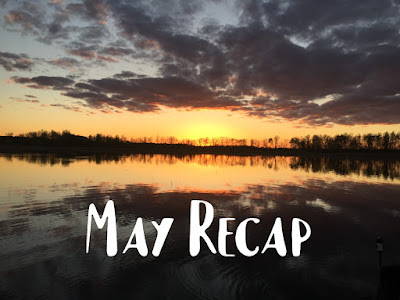 And just like that, Memorial Day is over, as is the month of May in 2021. The month started with so much promise due to the cold month of April. I thought the fishing was just going to bust wide open, but it really never did. Then I started having lower back issues, and when I finally got to the Chiropractor, which I put off when the parents were down in Florida, and the second adjustment didn't make things any better, I got concerned. I really don't want a replay of 2012 when lower back issues that developed around the same time ended up with me having to shut things down in August.  So I pulled way back on activity for the final week of May and mostly rested. I was out for over 3 hours on Memorial Day, and it definitely seems like my back is improving from where I was a couple of days ago.

Topwater fishing was mostly a disappointment in May. They just don't like falling water and low water levels. My top producing lure for the month was T.H.E. Jig, the lion's share of which was sunfish. The top bass producer was the craw tube.  Crappie numbers were dismal. Bass and walleye numbers were modest and below normal. Things aren't looking good for me, reaching my goal of 1,500 bass this year. May is the month that I usually rack the numbers up, and that didn't happen. Pike and sunfish numbers were good.

Highlights of the month were the two trips I took with Chuck and Lois Steinbauer on Platte Lake. Taking several trips with Steve, getting him a 4lb bass and 3 walleyes at the Jetty. And getting out a couple of times with Todd on opening weekend; We got on a good frog bite for about an hour on Sunday morning.
Posted by Basspastor at 4:22 AM