2020 Year In Review and Report Card 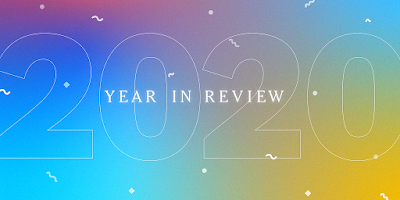 I dealt with the stress of 2020 by going fishing for a record 234 days last year. I fished 233 days in 2016. I fell behind bogging about my trips a number of times throughout the year, so as of right now I only have 212 blogs published at the Log Blog. I got skunked a record 30 times and my fish caught per hour was 3.88, dipping below 4FPH for the first time in three years. I caught an astounding 392 less bass in 2020 than I did in 2019; However, I did catch 114 more pike for a record 927 pike caught in a year. My sunfish and crappie numbers were way up over 2019, but not nearly enough to surpass 2017 when I caught nearly 3,200 fish. I caught a little over 3000 fish this year. My walleye numbers were down slightly (-56) and I did catch 3 smallies this year at Mille Lacs.

Bass Fishing in 2020: I would have to chalk up some of my lack of bass numbers this year to motor issues. Some of it to low water at the GOMH. Some of it to weed killing in Platte/Sullivan. Some of it to my insistence on throwing the frog; I just couldn't put it down this year. Some of it to the early transition to eyes at Eddy's because of the cold weather and October snowstorms. It also seemed the bite was incredibly inconsistent in 2020. It seemed like my fishing pressure really affected the bass this year more than usual. Also tried and true spots like Green Cabin Bay, Chuck's Point, NW Juice, and the Melon Patch were mostly empty. Everywhere else was sporadic except for the Sullivan Platte River Outlet with Intersection Juice. Overall it was a good, but not a great year for me bass fishing. Grade: B Tournaments in 2020: Inconsistency was the word for 2020 as I yo-yoed between good and poor performances.

Serpent Lake 6th Place
Mission Lake 16th Place, 2 Fish Shy of a Limit
Rush Lake 4th Place Little Boy 8th Place, 4 Fish shy of a limit, lost 2 fish
Gull Lake 7th Place Cedar Lake 12th Place only caught 1 Fish North Long Mini-Bucks 2nd Place and Big Bass thanks to Beau Bordon Challenge Cup, I only caught 2 keepers and the Snatchers finished in last. In addition to the inconsistency, it was a disappointing year for me. I didn't win the Co-Angler pot once. I broke the Tatula Frog Rod at Rush Lake and probably should have finished in 2nd at that tournament and I backed into the Club Super 6 due to Chuck Steinbauer's health issues. Would have much rather had Chuck there competing for another Mr. Bass crown which he was on track to do when his season was cut short.
Grade: C Walleye Fishing in 2020: It could be that low water is the main culprit for my numbers falling this year. I caught less fish at the GOMH and Mille Lacs where I put my time in. The size was definitely down this Fall at Mille Lacs. From what I"ve read it seems that that the older fish in Mille Lacs had a significant die-off this year. Grade: B GOMH Fishing in 2020: Water levels were good to start the year, but by Opener they were low and never recovered resulting in sub-par fishing. The increase in fishing pressure that I thought would happen because of covid never really materialized. Grade: C- Crappie Fishing in 2020: Inconsistency was the word on crappies this year for me. I never really got into a pile of them. Grade: C Pike in 2020: Stole a record number of lures. I fear that their numbers are increasing and bass numbers are declining in Platte/Sullivan. I caught and saw some quality.
Grade: C+ Dogfish in 2020: I didn't catch a single one in 2020. I am pretty sure I lost a few though. Jaimen put one in the trophy. Grade: D
Ice Fishing in 2020: On the disappointing end of things. I can't seem to find the mojo to find them or catch them. I road the suck truck in 2020. Grade: C-
2020 Overall Grade: B-

Posted by Basspastor at 4:35 AM

Email ThisBlogThis!Share to TwitterShare to FacebookShare to Pinterest
Labels: 2020 Year in Review