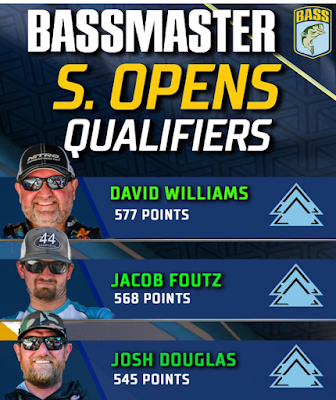 All my fishing energies were focused on Platte Lake this past weekend, so I missed Josh Douglas making the ten cut at the Southern Open. Thus qualifying to be the second Bass Pundit MN Blogger Derby participant to make the Elite Series. Bob Downey was the first.  I have so much respect for Josh as a person and angler. He is the ultimate grinder who just kept at it getting closer season after season.  This guy hustles, and his love for catching bass and sharing bass fishing knowledge is really something special. He put in the work for his sponsors everywhere he went in venues small and large.  Josh wanted it, and now he's got it. Congratulations man, can't wait to see you up there with Mercer and making it to your first Classic. I don't think anything is going to stop you from reaching your goals. Get that Rookie of the Year in 22.

Check out this Bass Pundit flashback from 2011: (Near as I can tell and recollect I found out about Josh in 2008, through Rich "Hellabass" Lindgren, who will also probably walk across the Classic Stage sometime in the future and would stand a great chance of making the Elites if he put his mind to it.) 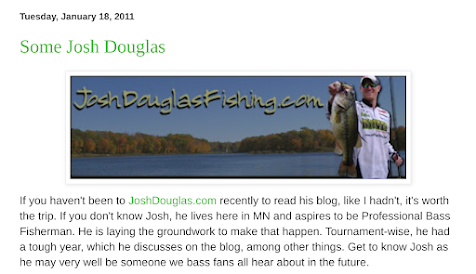 Posted by Basspastor at 5:47 AM